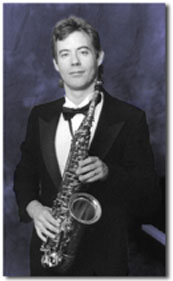 With pianist Linda Li-Bleuel he has recorded for Arizona University Recordings and ACA Digital. They presented the world premiere of Lucie Robert's 10 + 1 for solo piano and large saxophone ensemble with the University of West Georgia Saxophone Ensemble at the 2010 North American Saxophone Alliance Biennial Meeting.

He has served on the faculties of the Britt Institute's Siskiyou Saxophone Workshop in Oregon and the University of Georgia Saxophone Workshop, and has been guest professor at three music schools in China: Shanxxi Normal University (conducting), the Central Conservatory of Beijing (saxophone), and the Sichuan Conservatory in Chengdu (saxophone). He has contributed teacher resource guides to three volumes of GIA Publications' Teaching Music through Performance in Band series, has written articles for the Yamaha Educator Series and the North American Saxophone Alliance Update, and has several arrangements for saxophone ensemble published by Dorn Publications. John Bleuel is a Yamaha Performing Artist.