The University of West Georgia recently unveiled historical company records of a worldwide supplier of automobile parts that had plants in Carrollton and Newnan. 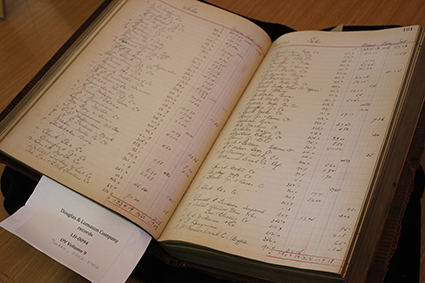 Photos, records, models and other artifacts from the Douglas and Lomason Company were on display at an event at Ingram Library. Blynne Olivieri, head of special collections at UWG, described the importance of the display of materials for research.

“It was clear that these company records would have significant research value for our students, staff, faculty, the general public and scholars,” Olivieri shared.

To celebrate the unveiling of the documents, former Douglas and Lomason employees visited UWG recently for an event in which they spoke about their memories with the company. Ollie Cheatham, retired vice president of personnel, opened with his story of the history of D&L.

Cheatham said the company opened in 1902, initially making carriage parts, which eventually turned into automobile part manufacturing. The company headquarters was in Michigan, and Cheatham spent most of his time there in the early days when he started with the company in 1970.

In 1955, D&L expanded, as the second-generation Lomason decided to diversify his interests. This led to the rise of the Carrollton plant. The company was home to 600 employees until a merger in 1997.

Along with automobile part manufacturing, the company ventured into the plating business. Warren Daubenspeck, former vice president of safety, environment, and loss control, shared a vintage ashtray with the original D&L logo stamped on it with those in attendance and explained how the company grew over the years.

“We continued to expand our processes and capabilities,” Daubenspeck described. “The 1995 annual report captures our 13 locations, three joint ventures, three divisions and five offices. Company population was around 5,900 people.”

Cheatham described the effect the company has had on him and expressed his gratitude to UWG for preserving such powerful history.

“I was a young man when I was recruited to work for the company,” Cheatham said. “I was 24 years old, and I was there for 27 years. It was a caring, family-kind of business. I can remember times where we had picnics and holiday parties for every group of employees. Bill Lomason, a member of the family’s second generation, would send boxes of fruit to every employee. This kind of thoughtfulness played a significant role in the successful 85-year existence of the company. We are proud of our history and grateful we can gather at the Ingram Library to see our past – and likely our future too.”

Before attendees moved on to the display of materials, Krista Massell, great-granddaughter of one of the founders, Harry Lomason, shared a story that she holds dear to her heart. 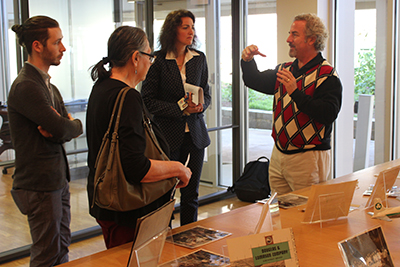 “Before my grandfather passed away, he spent several months writing his memoirs about the growth of the automobile industry over the previous 90 years,” Massell said. “In those memoirs, he tells a story about his father and how he learned the plating business. He lived in northern Michigan and was trying to survive working as a lumberjack.”

Massell continued, saying her great-grandfather was asked if he knew enough about plating to do the job during his interview.

“He said he did, as he needed the job,” Massell said. “He thought he misheard what the man said. He got the job and asked to see the shop before he started work. He found out it was actually a plating facility and had to learn plating overnight by reading a book. That’s how plating started with D&L.”

Olivieri said the company’s records are “extraordinary,” and UWG is honored to be entrusted with them.

“Caring for the company records is part of our mission in Ingram Library — to gather, preserve and make primary resources publicly shareable to advance teaching, learning, scholarship and community engagement,” Olivieri said.