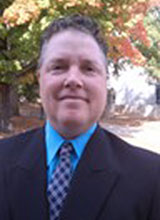 I received my Ph.D. from Florida State University and I am currently an Associate Vice President of Academic Affairs. My research interests vary, but I am currently focusing on higher education in Georgia, Global Crime and Justice, organizational administration and leadership, and terrorism. I was awarded a fellowship with the Foundation for the Defense of Democracies in summer 2013, and outstanding mentor awards for the college and the Academy of Criminal Justice Sciences in 2015 and 2016. Go West! Go Wolves!

Carter, J.S. and Jenks, D. (forthcoming) “In the Shadows of Ferguson: The Role of Racial Resentment on White Attitudes Toward the use of Force by Police.” International Journal of Criminal Justice Sciences.