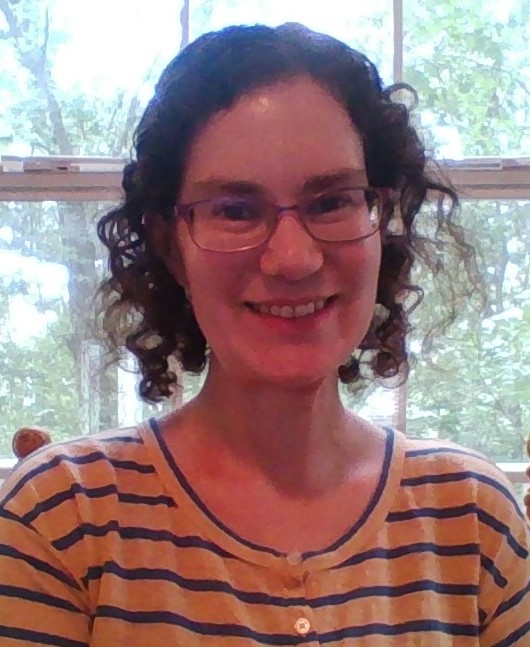 Dr. Williams was born in Russia, and grew up in Israel. These experiences have given her a passion for learning and teaching about the past. She is a military historian of the Greco-Roman world, and the co-editor (together with Nicola Foote, ASU) of Civilians and Warfare in World History (Routledge, 2017). While she continues to write for academic audiences, much of her writing of late focuses on demonstrating the relevance of ancient history for the general public today. She is a regular contributor to the Anxious Bench and Current, and has also written for the History News Network, History Today Magazine, The Conversation, The Chronicle of Higher Education, and Inside Higher Education. Her current book project, Cultural Christians in the Early Church, is under contract with Zondervan.

In her teaching, she focuses on helping students find their voice as historians and writers. Recent and upcoming course offerings include the introductory survey of World History to 1500, as well as upper-level and graduate courses on Excavating Antiquity, Jerusalem: 3,000 Years, History and Trauma, Greek and Roman Warfare, Ancient Israel, and Historiography.

Cultural Christians in the Early Church, 1st-5th centuries CE. Under contract with Zondervan.

A Pastor for All Seasons: Cyprian and His Ministry in Roman Carthage, 248-258 CE. Book in initial stages of writing.

Co-edited volume (with Rebecca Kennedy, Jeffrey Rop, and Amit Shilo) on Aristotelian theory of catharsis as a category of historical analysis. This project began as a conference in February 2021.

The Roman Bathsheba: A Narrative Without God. Anxious Bench, August 2022.

The Virtues Have Been Canceled: Life in a Post-Virtue World. Anxious Bench, July 2022.

“Blueprint for a Pro-life Church” in Forum on the End of Roe, Current, June 2022.

The Poetical Souls of Russian Dictators. Current, May 2022.

Heavy is the History of Jerusalem: A Very Select Starter Reading List. Anxious Bench, May 2022.

Tolle Lege: In Praise of Reading and Listening in a Writer’s World.  Christian Scholar’s Review Blog.

Can Writing (And Reading) Military History Be an Act of Compassion? Current, April 2022.

Quitting Church for Lent? Why the Desert is Not the Answer. Anxious Bench, March 2022.

Russian Invasion of the Ukraine: Reflections from a Descendant of Ukrainian Jews. Anxious Bench, February 2022.

Questions That Plague Us. Current, January 2022.

“The Moral Dimension of Military History in Diodoros of Sicily.” in L.I. Hau, A. Meeus & B. Sheridan (eds.) Diodoros of Sicily: Historiographical Theory and Practice in the Bibliotheke (Studia Hellenistica 58) (Leuven: Peeters 2018).

“The Blind Leading the Blind? Civilian Writers and Audiences of Military Manuals in the Roman World” in James Chlup and Conor Whatley eds., Greek and Roman Military Manuals (Routledge 2020).

“Pastoring Through a Pandemic: Cyprian and the Carthaginian Church in the Mid-Third Century CE,” forthcoming in Fides et Historia 53 (Winter/Spring 2021).

“Soldiers’ Epitaphs in Mogontiacum and Carnuntum in the 1st and Early 2nd Centuries AD,” in Bodel and Dimitrova eds., Proceedings of the First North AmericanCongress of Greek and Latin Epigraphy (Brill, 2014)

“The Game of Troy and Augustus,” The Annals of the Ovidius University of Constanta – The History Series 8 (2011).

“The Place of Soldier Speech in a Democracy at War: Aeschylus and Michael Moore” in M. Cosmopoulos (ed.), Experiencing War: Trauma and Society in Ancient Greece and Today (Chicago: Ares Publishers, 2007).