Digging Deep: Anthropology Major Finds Her Place at UWG, via PolandShare this pageShare on FacebookShare on TwitterShare on Linkedin

When the University of West Georgia’s Sarah Grace Rogers arrived at the Slavia Field School in Mortuary Archaeology in Giecz, Poland, this summer, she and her fellow anthropology students would play a game.

Is it pottery, a bone or a really cool rock?

By the time she returned to the United States a month later, she could tell the difference.

Rogers is known in UWG’s Department of Anthropology, Psychology and Sociology as a renaissance woman. She first started learning about genetics in her high school AP biology class. Then, reading issues of National Geographic piqued her interest in archaeology.

“It was a tumbleweed of all these things I wanted to go into, but I didn't know which one was best,” Rogers recalled. “That led me to anthropology, which is a multidisciplinary field with many possibilities. I’m really enjoying the bioarchaeology track because it's a combination of biology and history.”

Like any anthropology major, Rogers was anxious to get her hands dirty outside the classroom. But like many things that were supposed to occur in 2020, plans changed because of the COVID-19 pandemic, and her field experience was moved online.

But if anthropology has taught scholars anything, it’s that humans adapt – and persist. Eventually, Rogers received word from senior lecturer and director of UWG’s Biological and Forensic Anthropology Laboratory (BAFAL), Dr. Isabel Maggiano, that there was a chance of a lifetime at the Slavia Field School in Mortuary Archaeology.

Within a month of applying, Rogers learned she was one of 11 students chosen to excavate an 11th-century cemetery in Giecz, Poland. Giecz was once an important Polish economic and political center. Today it is a small village, and the cemetery is in the middle of a cornfield. 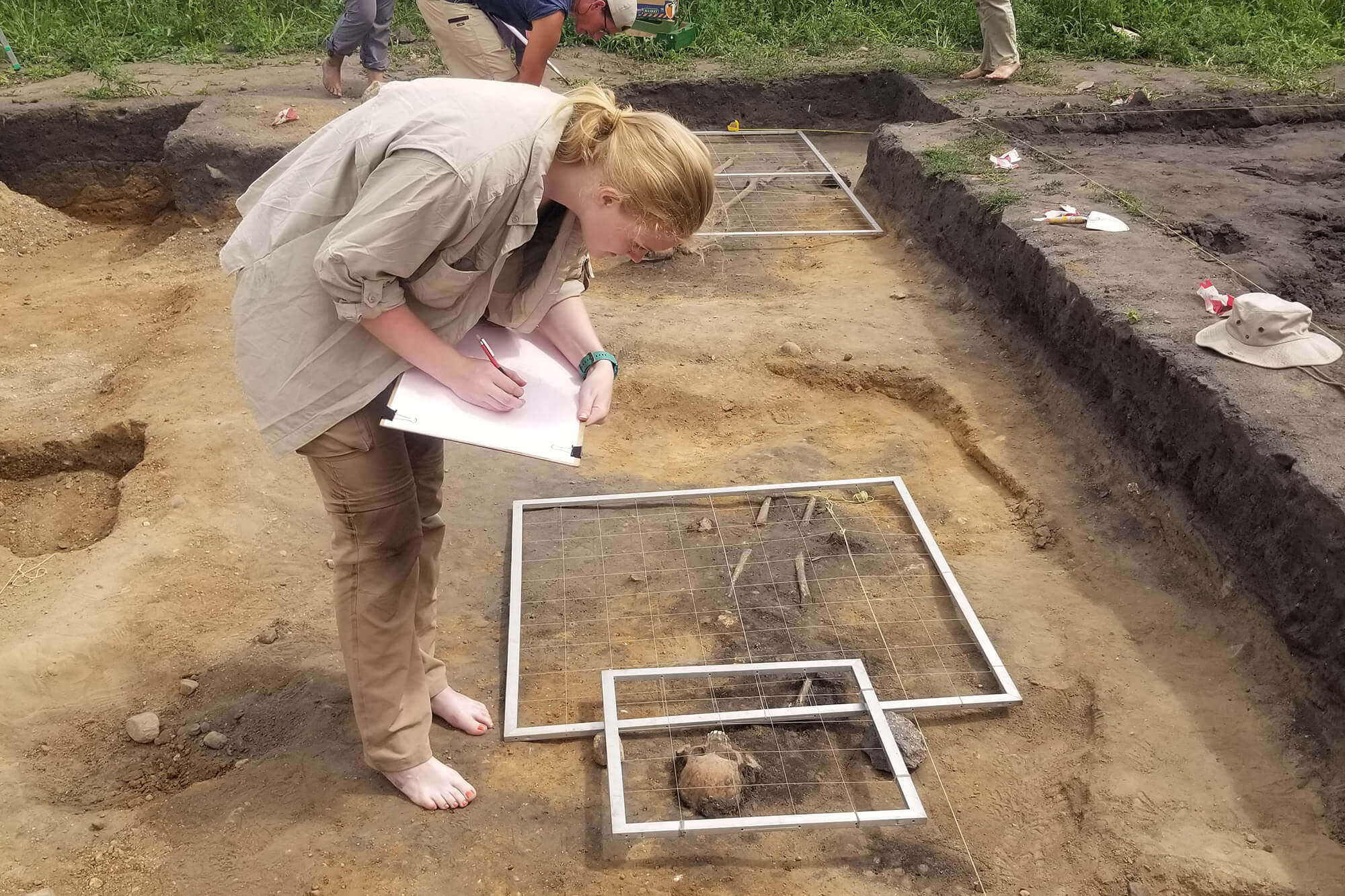 To Rogers, this was a perfect opportunity. In total, the team discovered 14 graves, and Rogers actively worked on seven of those, from mapping to uncovering to exhumation.

Every step was documented in detail to ensure a confident analysis, so oftentimes it could take a few days of work on one grave. Artifacts Rogers and her team discovered included knives, coins, beads, a baby rattle and lots of pottery.

“You would never know there were people buried there,” Rogers described. “The man who owns the farm allows the archaeologists to dig a few trenches each year to reveal the expanse of the medieval cemetery. Then we work to uncover and exhume as many remains as we can.”

When Rogers isn’t digging in the dirt, though, she can be found in the Antonio J. Waring Jr. Archaeological Laboratory or on RA-LIN Field in University Stadium as a member of the color guard.

“I transferred to UWG after my first semester of college elsewhere when I realized it didn’t feel like home,” shared Rogers. “One of the driving forces was the marching band. Then I learned that UWG’s anthropology program is awesome, so I got involved very quickly.”

Rogers said all these experiences have come together to enhance her college experience while preparing her for a career.

“It's about making connections,” Rogers mused. “I’m grateful for all the opportunities that are constantly presenting themselves to me that I wouldn't have otherwise.”

Rogers, who graduates in December, is considering returning to UWG to earn a master’s degree in history, which would allow her to continue working at the lab.

“I found my place here,” she concluded. “Every part of UWG that I've been involved in – from anthropology to the marching band – feels like family. Carrollton is essentially my hometown, and I love living here, but I’ve always wanted to travel and learn about the world. That’s where degrees from UWG can take me.”

To learn more about UWG’s anthropology program, visit its website.

Rogers and others exhume a grave in Poland. 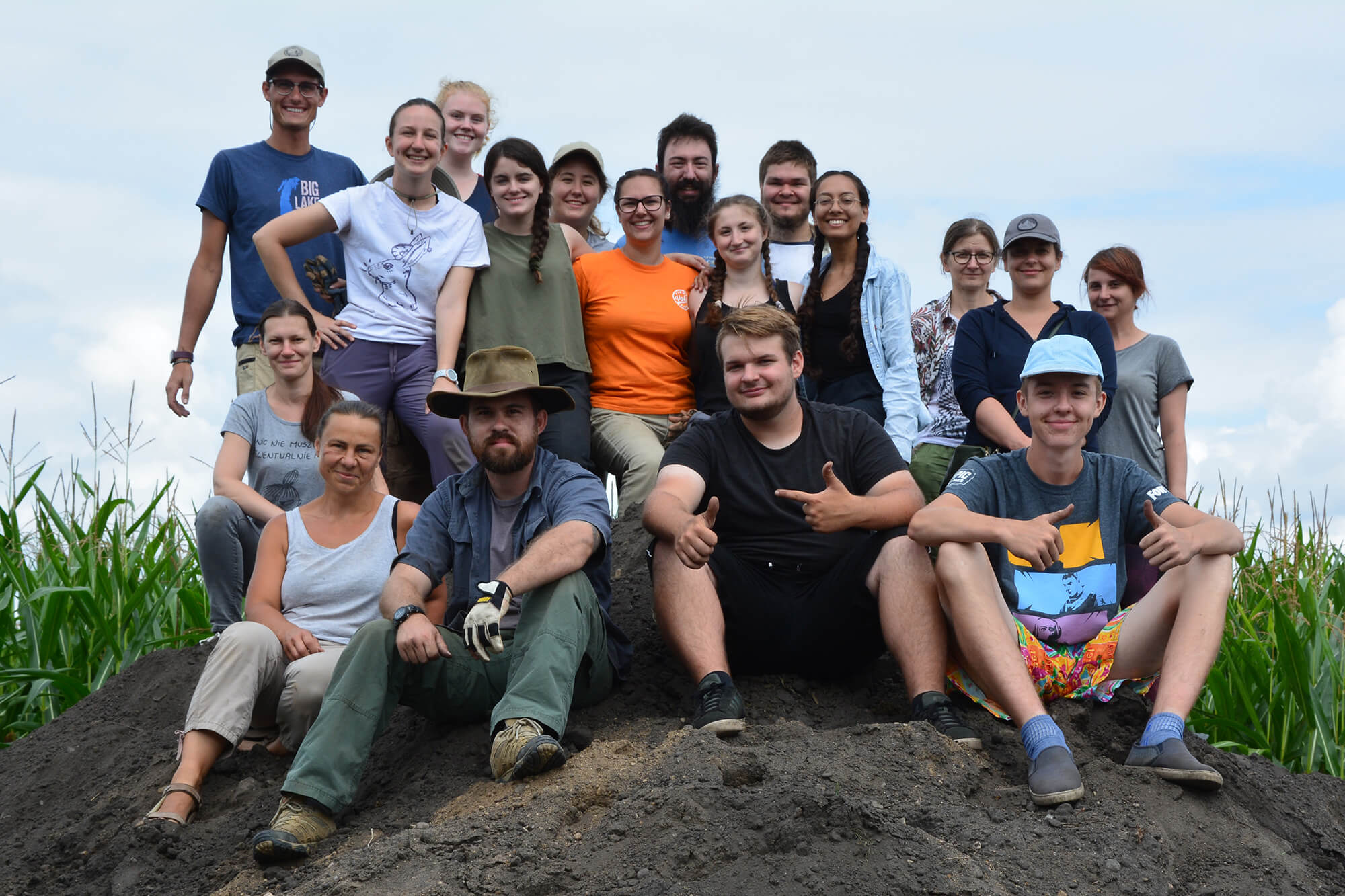 Rogers and classmates in Poland.
© 2022 University of West Georgia. All Rights Reserved.