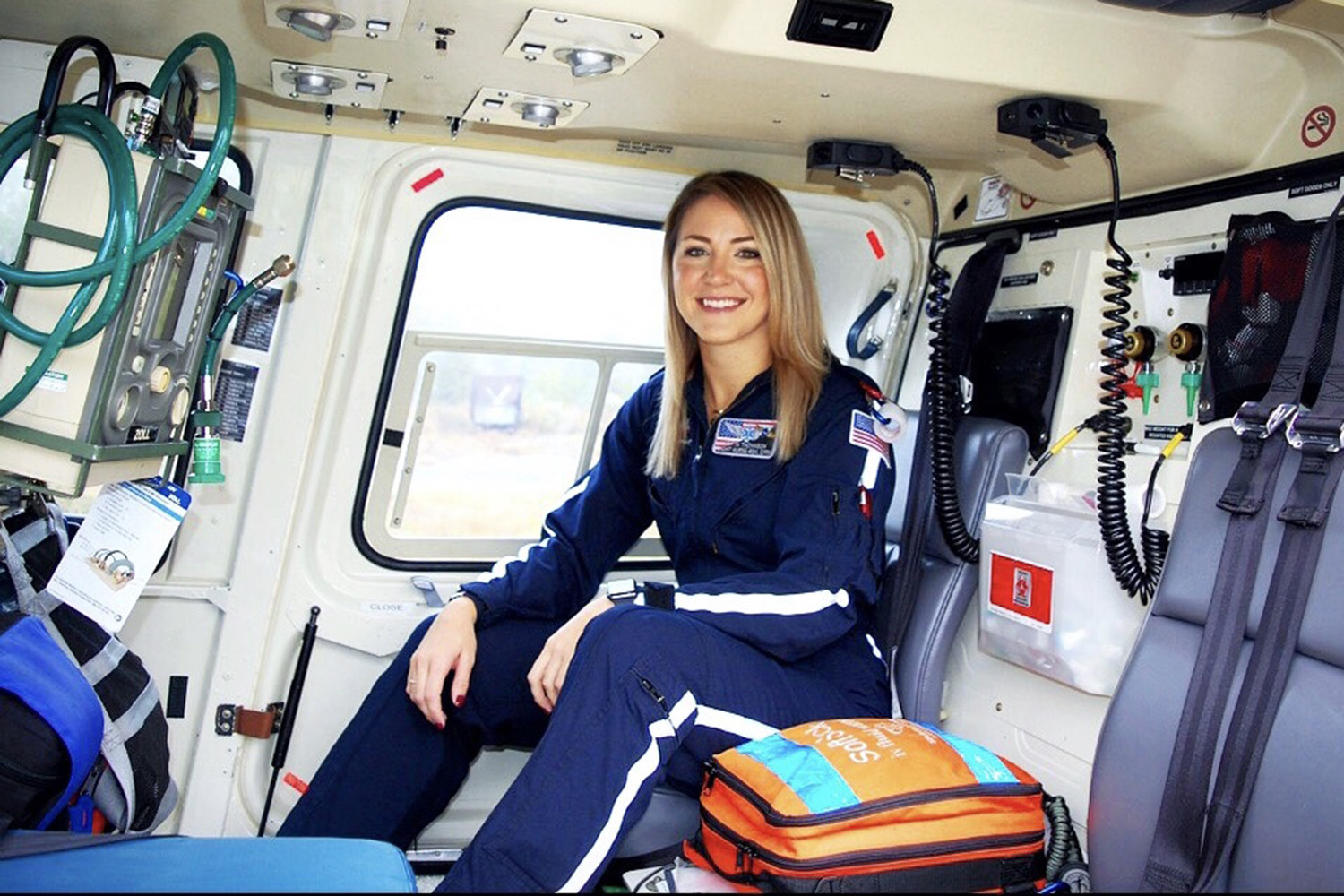 “Dear Britta, I wanted to write to you and personally thank you for serving on the front lines of this pandemic and for being brave enough to put yourself in danger to help others. I am so inspired by your passion for helping and caring for your patients and I was so touched that you mentioned liking my music recently! I’ve sent you some cozy clothes for when you’re off duty. I’ll be thinking about you, and forever grateful.

It’s not every day an average Joe or Jane gets fan mail from a celebrity. But that’s exactly what happened to University of West Georgia alumna Britta Thomason when Taylor Swift sent the nurse a care package as a token of appreciation for Thomason’s service during the COVID-19 pandemic.

“That was wild!” Thomason recalled. “I did an interview with the local newspaper to highlight women in EMS for Women’s History Month, and I casually mentioned I was a Taylor Swift fan. Before I knew it, she’d written me a letter and sent me a whole box of stuff. It was surreal. I’ve loved her for a long time. I grew up listening to her music, and I relate to her.”

The story went international: entertainment and news organizations such as CNN, People and BuzzFeed wanted to interview Thomason.

Click on image to see the full letter from Taylor Swift.

As a child, Thomason would often visit her stepmother, a nurse, at work. She’d heard about the amazing programs at UWG’s Tanner Health System School of Nursing, and she knew she could get a quality education and enter a good profession with job security.

“One of the cool things the nursing school has are the simulators – mannequins that talk and move like they are real people,” Thomason described. “It’s as close as you can get to reality without being real. Plus, UWG is so close to Atlanta, we had the opportunity to go to the bigger hospitals and do clinicals there. I did my clinicals at Children’s Healthcare of Atlanta. It was awesome to have these hands-on experiences while still in school.”

After graduating from UWG in 2011, Thomason started in the Medical Center Navicent Health’s Critical Care Academy in her hometown of Macon, Georgia, and worked in the emergency room for two years. Then, she decided to do some travel nursing. Travel nurses are registered nurses who work in short-term roles at hospitals, clinics and other healthcare facilities around the world.

Six years into her career – and in the middle of nurse practitioner school – Thomason decided she wanted to be a flight nurse. As base clinical lead, she flew for Air Evac Lifeteam out of Milledgeville, Georgia, where she was in charge of the medical crews, training and education.

“There are two kinds of flight nurses,” Thomason explained. “There’s rotor-wing, which is a helicopter, and what I do, and fixed-wing, which is an airplane. Airplanes are typically non-emergent and do transfers that are longer distances. I do emergent transport. We do scenes of accidents, like landing on the interstate or picking up stroke patients from the hospital. We’re taking care of the patient who’s just gotten burned or just had a car accident.”

Thomason, who doesn't currently fly, now serves as program director for Air Evac’s Dublin, Georgia, base where she oversees operations. When the pandemic began, there was no slowing down.

“Our flight volumes picked up, and we were flying patients a lot farther than we used to because hospital beds were at capacity,” Thomason said. “Also, treating a COVID-19 patient is completely different from any other respiratory patient. The virus was so new, it scared people. So to those people who were alert and talking, it was so rewarding just being able to comfort them and let them know we were taking them somewhere that could help them.”

What’s next on the horizon for Thomason? Finishing nurse practitioner school and continuing to learn from this crisis.

“As a nurse, I see the impact we have on people every single day,” she concluded. “The pandemic just validated our strength and resiliency and the importance of what we do. I learned that as strong as I thought we were, we’re a lot stronger than that.”