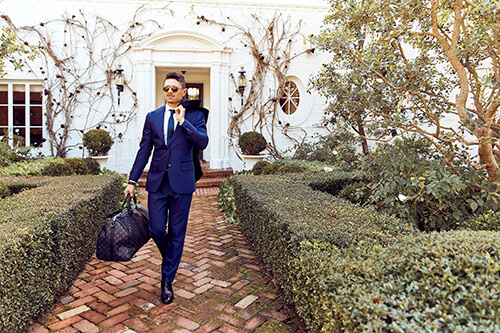 Bjorn was born for this.

Real estate specialist Bjorn Farrugia has inked deals for clients selling and purchasing multi-million-dollar mansions in Los Angeles, California, but Farrugia found his passion in a small town an hour outside Atlanta at the University of West Georgia.

“I owe a great deal of my success to UWG and the people I found there,” he said. “Every university has a curriculum and a list of ideas and concepts they’ll teach you, but UWG helped me find my focus for what I want to do after college. The professors ground what they’re teaching you in reality, which helps when you’re searching for what you want to do for a career.”

A native Australian, Farrugia first came to America to attend junior college in Brunswick, Georgia. After two years on the Georgia coast, he transferred to UWG to complete his bachelor’s degree in the Richards College of Business.

“Coming to America was the first time I’d ever been on a plane, so that was – in a word – scary,” the Aussie said. “But the community I found at West Georgia, including other people from around the world who were experiencing the same feelings of homesickness I was, was second to none. That network of friends helped me succeed in ways I didn’t realize then.”

Farrugia – who’s named after Swedish tennis superstar Björn Borg – attended UWG on a tennis scholarship. He graduated in 2003 with a degree in business administration.

Now, Farrugia has taken on real estate as a solo venture for the past six years after spending time in Atlanta and New York City.

“I have been relentless in my pursuit of finding a hobby I can get paid for,” he said. “I’ve been able to leverage my strengths of connecting people and a good memory to find something I’m passionate about and make a living off of it.” 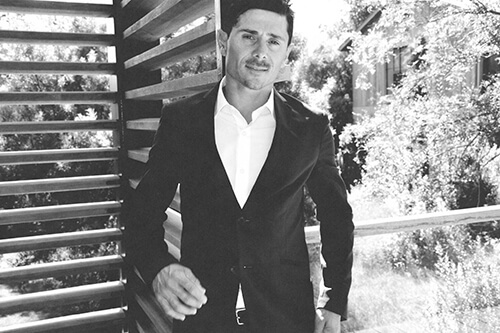 Farrugia may call real estate his “lifestyle,” rather than a job, but that doesn’t mean it’s easy – or for the faint of heart.

“When you’re trying to sell a $20 million house, there’s a lot of moving parts you have to keep track of, so you have to be sharp,” he said. “When you’re selling real estate, your success is a direct result of your actions, and there’s something really scary – but ultimately exciting – about that.”

Farrugia said above all else, UWG taught him to apply his tenacity on the tennis court to his career.

“I never really feel like I’m competing with anyone – I’m competing with myself, and I’m the worst person to compete with because I never give up and always feel I can give more,” Farrugia said. “I’ve learned that if I work on something I’m passionate about, I’ll always succeed.”