Jesse Duke ’18 has always been interested in the mysteries of the world.

In fact, a couple of close encounters inspired the University of West Georgia alumnus to create his most popular – and coveted – works of art.

“I’ve always had a life full of high strangeness, where I was in the right place at the right time,” said Duke, who received his art degree from UWG. “Bigfoot wasn’t on my radar until I had a couple of odd events happen to me. I wanted to spread the word with the means that I could, which was sculpture and painting. It’s my love letter to the mystery of Sasquatch.”

Duke confessed he became a man obsessed, diving into the existing research that started with the Patterson-Gimlin film, which is the 1967 clip of what claims to be the first captured footage of Bigfoot. He spent the following year working on “Patty” – both the name of his first yeti sculpture and the moniker for the creature in the original film.

Throughout the artistic process, Duke stayed as true to the legend as possible. Right down to the muscadine vines of his “Patty’s” fur. The same day he sold “Patty,” Duke was asked if he could build a newer, custom Bigfoot. His new client: award-winning actor Stephen Dorff.

The differences between Duke’s first and second Bigfoot sculptures were subtle. “Patty,” the female, was 7’ tall and took a year to create. “Sebastian,” the male, was 10’ tall, and Dorff wanted him in four months. Duke eventually hand-delivered “Sebastian” to Dorff’s Nashville home, with a week to spare.

“People love Bigfoot,” Duke shared. “‘Sebastian’ got more than 1,000 shares on Facebook, which is something I haven’t been anywhere near. So coming off the Dorff commission, and constantly trying to outdo myself, I decided to build another one.” 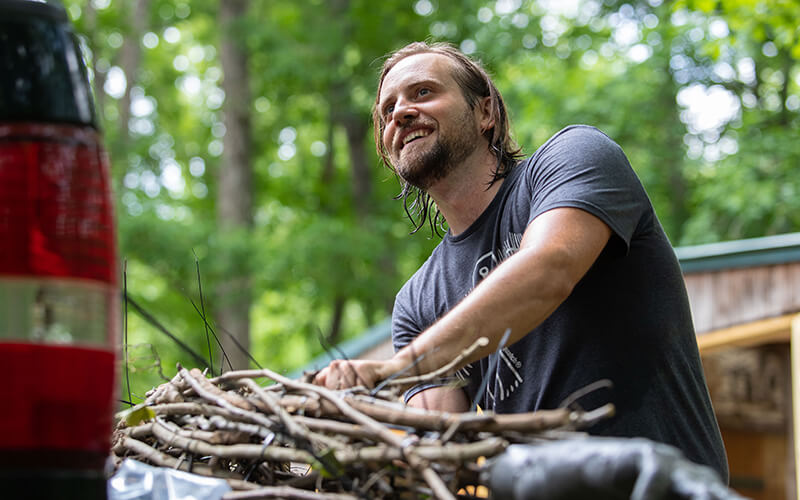 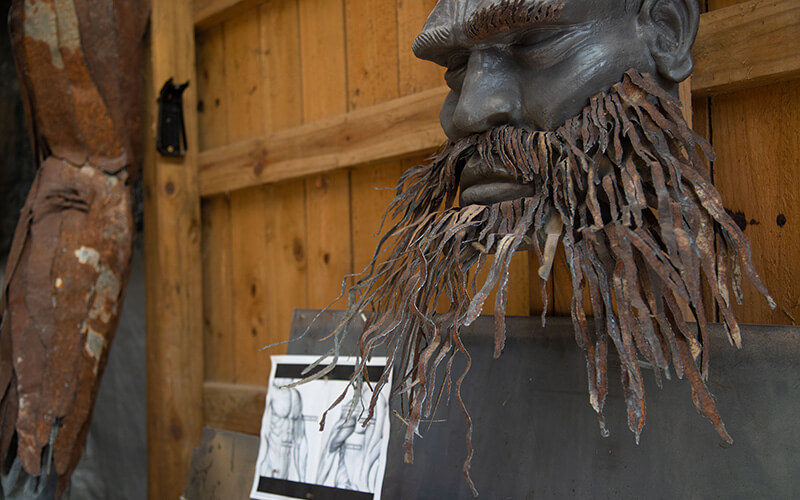 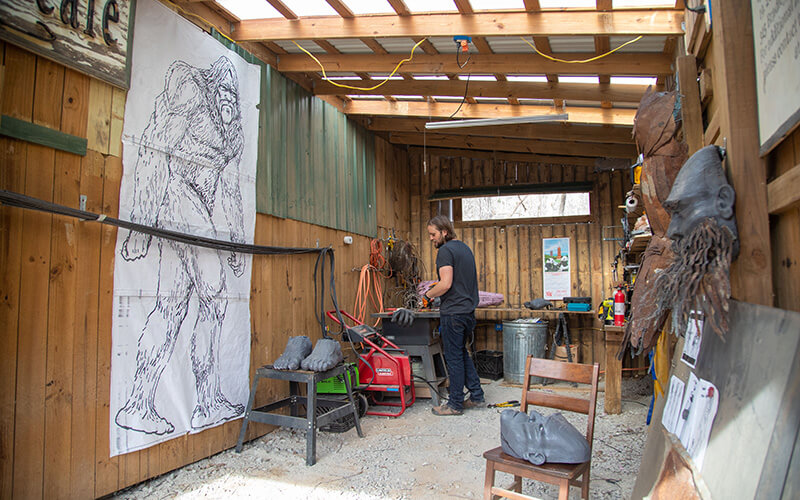 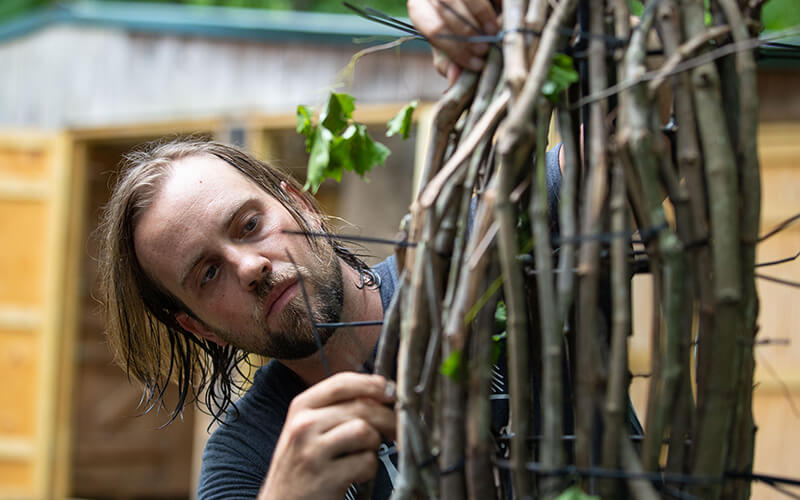 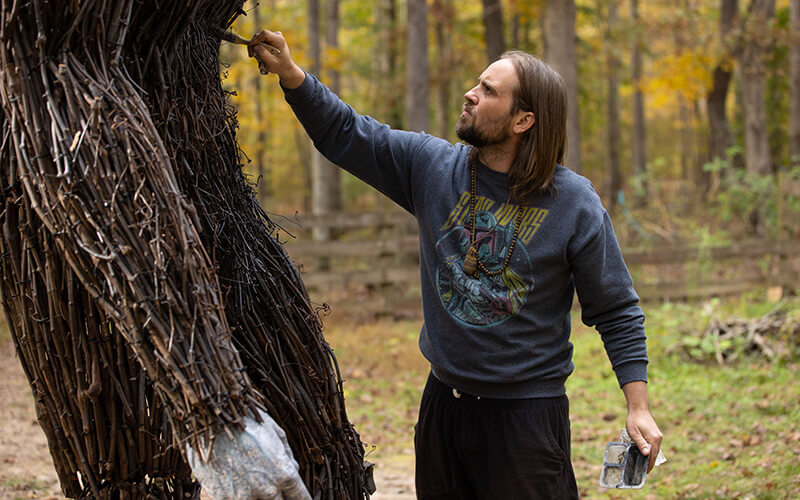 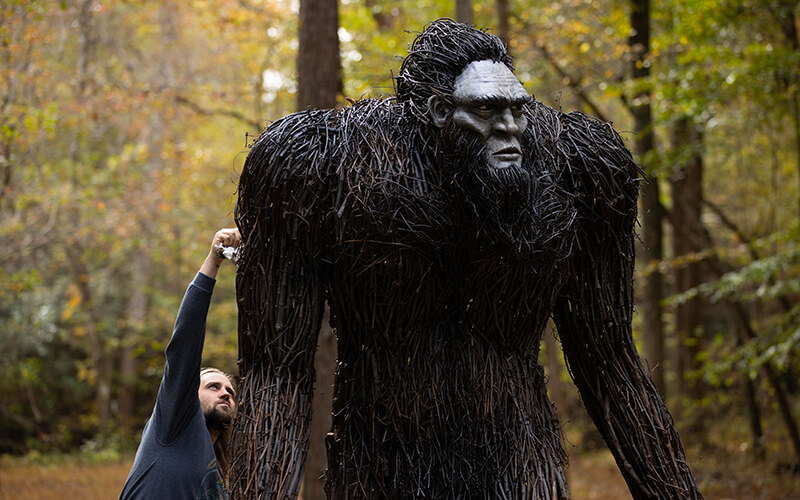 A native of Carrollton, Duke’s parents met at UWG as students. He enrolled in 2005, majoring in mass communications and serving as editor of the West Georgian, the school newspaper. He took a break from college and worked at his parents’ restaurant for several years before deciding to return to UWG as a nontraditional student to study art.

“I realized that my time needed to focus on doing things I love, which is creating things,” Duke said. “I enrolled in the sculpture program and loved it.”

From study abroad to working on the bronze wolf at University Stadium’s fieldhouse, Duke said he was glad he returned West.

“Studying in Italy was a huge deal for someone who never got out of his hometown,” he expressed. “The chance to travel there and see sculptures I’d only seen in books – it was mind-blowing.”

Of equal importance are the relationships formed with professors. Duke said he even consulted with a few on how to make his third Bigfoot stand.

“Aside from art techniques, you learn how to be a professional artist and juggle other things,” he informed. “I was the gallery assistant, and I got to meet visiting artists, which got me a job after graduation working for the High Museum of Art as an art handler. I wouldn’t have even thought of that had I not gone back to school and helped Stephanie Smith in the galleries.”

What’s next on the horizon for Duke? Another project from Dorff, actually.

“I'm in talks with Stephen about a new commission, which is exciting and still a little surreal,” he concluded. “The details aren't finalized, but it will likely be my most ambitious sculpture to date. He's been a great patron and is very encouraging of me and my work.”