The University of West Georgia contributed more than $604 million to the region’s economy during the state’s 2018 fiscal year, according to a report recently released by the University System of Georgia (USG). 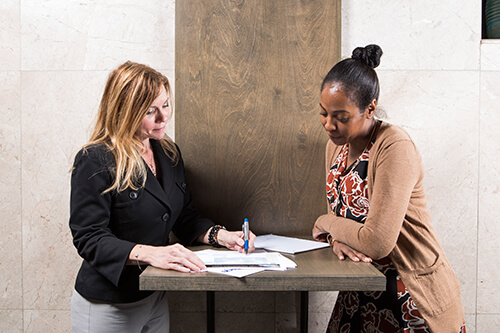 UWG supported 5,899 full- and part-time jobs in FY18, up 2 percent over the prior year’s report. The study also tracked the university’s spending for salaries and benefits; operating supplies and expenses; capital projects; and other budgeted expenditures.

“We are proud to be one of the state’s most important economic growth engines and a cornerstone of our region’s economic future,” said Dr. Micheal Crafton, UWG’s interim president. “We continue to work with partners in education, industry and the community to ensure economic development across our region, as well as offering access to an affordable, high-quality education that transforms students’ lives.”

UWG continues to receive accolades for its contribution to the region and the state. Named one of the Most Promising Places to Work in Student Affairs for the last six years by “Diverse: Issues in Higher Education” magazine, UWG’s ability to attract talent to the region is also seen through its eight consecutive years of record enrollment.

“Roughly half of our contribution comes from student spending by itself, and enrollment definitely plays into that,” Smith said. “Student spending increases the number of people who are needed to work in our communities’ restaurants, our stores, and in all other sectors of our regional economy.”

Smith said off-campus spending generates 2,890 jobs in Carroll County. With approximately 42,000 jobs in the county, that means 7 percent of the county’s total employment is fueled by UWG students’ spending.

“That shows how important it is to bring students from other parts of the state, country and world into our county and region to support our local economy,” Smith said. “Then, as we expand our offerings in other communities with UWG Newnan and UWG Douglasville, our impact will only continue to grow.”

Approximately 30 percent of these positions are on-campus USG employees, and 70 percent are off-campus positions in either the private or public sectors. On average, for each job created on campus, 2.3 off-campus jobs are created as a result. The jobs generated by USG account for 3.8 percent of all the nonfarm jobs in Georgia, or about 1 job in 26.

“While we remain focused on graduating more students, keeping college affordable and increasing our efficiency in delivering a quality education, we are proud our colleges and universities help power Georgia’s economy,” said USG Chancellor Steve Wrigley. “USG and its 26 institutions play an important role in generating jobs and boosting businesses across the state, befitting the investment Georgia’s leaders have made in us.”

The annual report is produced by the Selig Center for Economic Growth at the University of Georgia’s Terry College of Business and can be viewed online here: www.usg.edu/news/release/university_system_of_georgia_increases_statewide_economic_impact_to_17.7_bi.