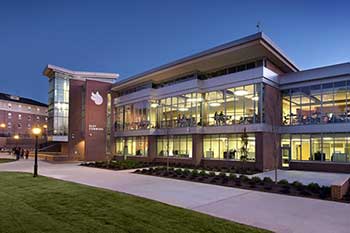 The University of West Georgia contributed over $455,593,962 million to the west Georgia regional economy in fiscal year 2013. Marking the sixth year of consecutive growth, this amount is a significant increase from the previous year’s $442 million. The report, commissioned by the Board of Regents of the University System of Georgia through University of Georgia’s Terry College of Business, reported a $14.1 billion economic boost from institutions of higher learning across the state.

“UWG is committed to being the hub of economic growth in the region. We're so dedicated to that concept that we wrote it into our strategic plan,” said UWG President Dr. Kyle Marrero. “I'm excited to see that our economic impact has increased again because it's an indicator that the programs we've worked so hard to put into place over the last two years are bearing fruit.”

The full report breaks down economic impacts by initial spending, output impact, and value added by each institution and across the state, including the impact of tax payments made directly by universities, its employees and vendors, and tax and permit payments resulting from construction projects undertaken by the institutions.

According to the USG report, these economic impacts directly contribute to jobs, higher incomes, and greater production of goods and services for local households and businesses.

“Like other large employers in the west Georgia region, UWG provides economic benefits that extend deep into local communities,” explains Dr. Joey Smith, chair of economics for the Richards College of Business. “In 2013, UWG employed 1,255 workers, educated almost 12,000 undergraduate and graduate students, and in doing so expended $286 million into the local economy. However, for every job that UWG creates on campus, another 2.5 jobs (on average) are added to the Atlanta metropolitan area's economy. Not mentioned in the report are the benefits that come from a highly educated local population. These benefits include a higher standard of living, faster economic growth, and local access to high quality post-secondary education.”

Over the last several years UWG’s capital investment has included several multi-million dollar construction projects, from the creation of the East Commons Residence Hall, the building that houses the Tanner Health System School of Nursing, and the renovation of the historic Newnan hospital. UWG has committed to creating and maintaining a carefully designed award-winning campus that is highly integrated, pedestrian-friendly, and visually appealing.

“As we continue to strive to become the best place to work, learn, and succeed, we believe that everyone who comes in contact with UWG will benefit. And we know that continuing to build strong, successful partnerships will be critical to our success,” said Dr. Marrero.

To view the full Economic Impact of University System of Georgia Institutions on their Regional Economies in FY 2013 study please go to http://www.usg.edu/economic_development/publications/studies/year/2014.