The University of West Georgia contributed $577 million to the region’s economy during the state’s 2017 fiscal year, according to a report recently released by the University System of Georgia (USG). 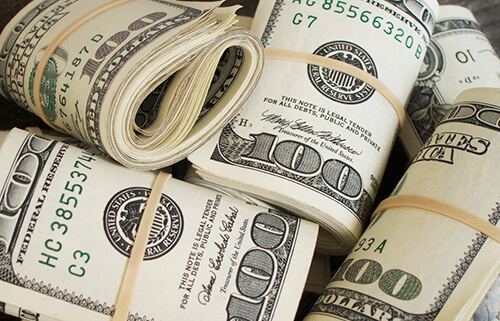 UWG’s economic impact has climbed 30 percent in the last six years. Sixty-four percent of this year’s contribution came from direct expenses from the university, according to the study. The remaining $207 million, or 36 percent of its contribution, came from investing those dollars in the region by UWG students, employees, vendors and other sources.

“We are proud of our role as one of the region’s leading economic drivers,” said UWG President Kyle Marrero. “Working together, we all ensure a healthy, growing economy while preparing future leaders and talented graduates who will serve their employers and community well.”

UWG supported 5,788 full- and part-time jobs in the region, up 8.5 percent over the prior year’s report. The study also tracked the university’s spending for salaries and benefits; operating supplies and expenses; capital projects; and other budgeted expenditures.

UWG continues to receive accolades for its contribution to the region and the state. Named one of the Most Promising Places to Work in Student Affairs for the last five years by “Diverse: Issues in Higher Education” magazine, UWG’s ability to attract talent to the region is also seen through its eight consecutive years of record enrollment.

“The reason we continue to see growth in what we contribute to the local, regional and state economy correlates to the enrollment growth we’ve seen over the past decade,” Smith said.

According to the economist, a large slice of UWG’s contribution can be credited to its students.

“Their spending supported 2,830 of the 5,788 jobs,” Smith said. “They buy locally from grocery stores, restaurants and other retailers and, by doing so, have become a driving force in economic development in our region. That gives our local economy the wherewithal to continue its growth in providing an array of services we’ve come to enjoy in West Georgia.”

The University System of Georgia’s 26 institutions generated a comprehensive impact of $16.8 billion in fiscal year 2016, according to the study. The report further found that USG institutions generated a combined 163,754 full- and part-time jobs – 3.7 percent of all non-farm jobs in Georgia. Approximately 31 percent of these positions are on-campus USG employees, and 69 percent are off-campus positions in either the private or public sectors.

“As we strive to graduate more students, keep college affordable and increase the efficiency in delivering education, it’s important to keep in mind that higher education is an investment, and from these numbers, it’s a smart one,” USG Chancellor Steve Wrigley said. “Communities across our state and the state as a whole are benefiting from the economic engine that is the USG and its 26 institutions.”

The annual report is produced by the Selig Center for Economic Growth at the University of Georgia’s Terry College of Business and can be viewed online.

Back to the top
People
Departments
Sites
close
© 2018 University of West Georgia. All Rights Reserved.