Imagine a village situated near the edge of a cliff. Despite parental warnings, children in the village play near the edge, and despite fencing, some accidentally fall to their deaths. Village residents come together and pledge to raise funds to solve the problem, choosing to build a new hospital at the bottom of the cliff. 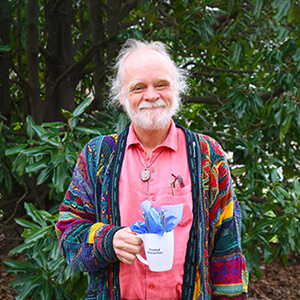 That illustration is how Dr. Mark Kunkel, professor of psychology at the University of West Georgia, describes the state of mental health in the United States today.

“We end up treating the symptoms, rather than the cause,” Kunkel said. “By the time something has happened – whether it’s an act of violence, an emotional outbreak or anywhere in between – it’s too late. Just like building a hospital at the bottom of the cliff, this reminds us we haven’t put in the work to prevent the incident from happening in the first place. The damage is done.”

Kunkel said mental health care is seen by the general public as something only people with certain forms of moral or character-related shortcomings need.

“That’s unfortunate,” he said. “I like to compare my therapy practice to going to the gym. We don’t go to the gym because we’re flawed physically. We go to the gym to help strengthen and make us more flexible so we can live differently in our lives. I have a dream that one day stigma surrounding getting help for mental health issues will end and going to a psychotherapist will be heard as equally praise-worthy as going to the gym or other kinds of healthy, satisfying and even spiritual activities.”

Programs at UWG, including a new degree program in Social and Behavioral Health and the UWG Counseling Center, are directly working to end that stigma, but it’s an uphill battle.

Approved by the University System of Georgia Board of Regents last October, the new bachelor’s degree program in Social and Behavioral Health will be an option for UWG students beginning this fall. 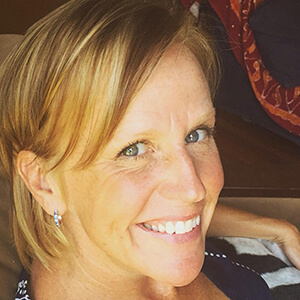 Dr. Pam Hunt Kirk, associate professor of sociology in the College of Social Sciences, will serve as the coordinator of the new program, which she says will meet the needs of UWG, its graduates and the local community.

“Upon talking with and listening to partners in the community, it has been found they desire graduates who have a degree that is recognizable,” Kirk said. “The new degree in social and behavioral health definitely fulfills what the West Georgia community desires.”

“There are increasing needs for this type of work in certain populations, with individuals challenged with mental health issues, substance abuse or developmental challenges,” Kirk said. “There’s an increased demand for this type of professional, as well as an increased number of students who desire a unified degree program, rather than piecemealing from other courses and certifications to mimic the qualification inherent in this degree.”

Kirk said the new program will be both practical and theoretical, with a wide variety of options for students on which courses to choose based on their career aspirations.

“If students want to tailor their program with an eye toward working with individuals who suffer from a mental illness, they can certainly do that with this customizable program,” Kirk said. “In our area of the state and country, there aren’t as many mental health care services as there are in more urban or metropolitan areas, but there’s a growing need for that type of service. Our students will be able to plug in to those fields and make a difference after graduating.”

Ending the stigma and promoting mental well-being is an uphill battle at UWG, as well. 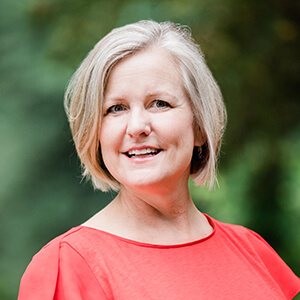 Somerlot said the reason behind increased traffic may be how much more open current college students – who are the youngest members of the Millennial generation and the oldest members of Generation Z – are to seeking help when needed.

“They know that counseling is beneficial, partially because it’s become more prevalent in our culture and an educational movement at the national level,” Somerlot said. “Celebrities, sports figures and other role models for younger generations are more willing to talk about their own struggles, which tells students it’s OK to seek help.

“We are appropriately resourced here in the Counseling Center, with a good staff-to-student ratio of one staff member to approximately every 1,300 students,” Somerlot said, which falls with the national standard of one counselor for every 1,000 to 1,500 students. Having said that, we’ve seen an increase in student traffic, which has been a challenge.”

Outside UWG, though, Somerlot described the mental health system as “broken.”

“There are minimal services for individuals who don’t have insurance,” Somerlot said. “I became a counselor in 1999, and I’ve watched the system be chipped away until there’s hardly anything left, particularly for people who don’t have the financial resources to pay for services that are needed for their well-being.

“Oftentimes, as a nation, we don’t take the time to reflect, and I think that’s unfortunate,” Somerlot said. “Counseling makes the world a better place, and speaking with someone who’s qualified to help you deal with issues can be beneficial for individuals who have a mental illness, but also for those who don’t. Therapy can strengthen everyone where they’re already strong and help people have other skills they need to be productive in society.”

Kunkel said a good deal of work is being done to move the metaphorical city further away from the cliff, and that work starts with recognizing the complications of mental health.

“Sometimes it’s common to think about mental health as two big buildings, where people who are mentally healthy live in one and everyone who has a mental illness lives in another,” Kunkel said. “It’s far more complicated than that. Mental illness is a very broad category and, rather than being one thing, it’s probably closer to 100 things, so it’s impossible to make factual statements about where that line between the two imaginary buildings could be drawn. None of us like to imagine that we’re in the building with ‘mental illness’ written over the door.”

Separating one’s self from those viewed as “mentally ill” is more than counterproductive, Kunkel said. It’s dangerous.

“Of course we need to improve mental health services, but that doesn’t mean we need to be more systematically labeling of those who we imagine as different from us, as ‘the other,’ ” Kunkel said. “Rather, psychologists who study the epidemiology of violence against others or self in persons diagnosed with a mental illness suggest we need to intervene more broadly in society as a whole and more preventively.”

Somerlot agrees, stating there are “larger sociological issues” that must be reconciled before the stigma of mental illness is noticeably reduced.

“We need to have genuine, deep discussions about the wounds in our country and how we can help people – not just psychologically, but also sociologically and economically,” Somerlot said. “We have a lot of work to do, and there are great organizations like the ones here at UWG that are working very hard, yet our efforts often seem like a drop in the bucket. Our goal is to fill that bucket with guidance, support and knowledge until it overflows.”