“The New York Times” bestselling novelist and two-time Georgia Author of the Year Joshilyn Jackson will speak on Wednesday, April 12, at 7 p.m. in the University of West Georgia’s Campus Center Ballroom. Her program, entitled “Imagination = Empathy: a book talk with novelist Joshilyn Jackson,” will include commentary on her novel “The Opposite of Everyone.” “The Opposite of Everyone” is UWG’s Multicultural Book Selection for Spring 2017. There will be a question and answer session at the conclusion of the talk followed by a reception, book signing and an opportunity to meet the author. The public is invited, and there is no admission fee. 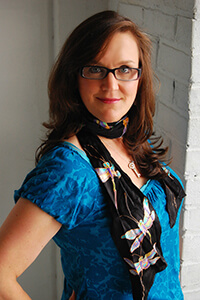 “The New York Times” called “The Opposite of Everyone,” published in 2016, "a must read." Jackson’s seven novels have received accolades and awards on the national and regional levels and have been translated into a dozen languages.

As a native Southerner, Jackson writes from a perspective informed by her Southern roots and sensibility. In “The Opposite of Everyone,” she addresses themes of disenfranchisement, poverty, foster care, power and privilege as seen through the lens of a woman born into a chaotic family who through determination rises to become a top prosecutor. The novel is an ultimately uplifting look at broken people living within a dysfunctional system who seek to heal themselves through forgiveness and love.

Jackson currently divides her time between writing, speaking and serving the greater community. Through her speaking, she works to build greater understanding among people of different life experiences. She works as a board member and volunteer teacher with a small non-profit called Reforming Arts, teaching literature and creative writing classes inside Lee Arrendale State Prison.

The UWG program is sponsored by the Center for Diversity and Inclusion, the University of West Georgia’s Presidential Commission on Campus Inclusion, Ingram Library, West Georgia Athletics, Housing and Residence Life, the Student Activities Council, the Center for Adult Learners and Veterans, and the College of Arts and Humanities. This program is supported by Horton’s Books and Gifts and Underground Books.

Special public parking will be provided in the Townsend Center gated lot, accessible from West Georgia Drive, beginning at 5:45 p.m.