In light of modern woes deriving from criminal justice versus social justice, the University of West Georgia’s Ingram Library’s Penelope Melson Society, department of criminology, and the Center for Diversity and Inclusion presented “When Criminal Justice Meets Social Justice.” This panel discussion consisted of five questions with responses from key members within the criminal justice community, ranging from a police officer over the uniformed division at UWG to public criminal defenders to a U.S. Secret Service agent. 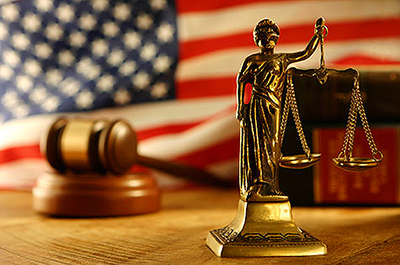 “The panel was important to provide a public forum to differentiate many of the myths and realities of the criminal justice system, where they could actively engage in reflective discussion with experts in the field,” said Dr. David Jenks, chair of the criminology department. “It was very informative for both the attendees and the panel members as they exchanged ideas.”

Events such as Ferguson and in other locations where the criminal justice system is brought into scrutiny make this panel discussion relevant, not only to students, but members within the community. The audience was also encouraged to write down questions to ask the panelists.

Audience members were reminded by officer Laura Bennett, “We should be aware of an officer’s job to protect and serve the community, as well as their own lives. They want to go home every night as well. Be respectful, and most importantly, know what your rights are.”

This topic brought about discussion on issues such as discrimination of persons of lower socioeconomic status and racial profiling. Ray Moore, a U.S. secret service agent spoke of an incident occurring in Georgetown, D.C. where a man was being racially profiled through an inter-store alert system. He explained how the person was a valued customer of one store location, but because of his outward appearance other stores identified him as suspicious.

Criminal Defense Attorney and Public Defender Jason Swindle said in his dealings with law enforcement officers, “The cases you do see in the media are a very small fraction of bad officers and bad people. We also have bad lawyers, judges, and bad people, but he way the media has painted law enforcement in general is an outrage.”

The second round question brought about the most intrigue to events within modern media. Modern technology has made people’s word be less trustworthy, whereas video and audio recordings have become the most solid form of evidence. People are encouraged to be respectful around officers of the law, but to also know that if an officer treats you unfairly you have the right to file a formal complaint after the fact.

Overall the panelists agreed there is a problem within the criminal justice system, but it is unclear of the appropriate way to correct this injustice. For now, these officials are working together to find the best way to handle laws, court systems, and prisons to keep only the criminals who bring the most harm to society in the prisons.