For the second consecutive year, University of West Georgia President Dr. Kyle Marrero has been named one of the top 100 Most Influential Georgians in 2016 by Georgia Trend, a magazine of Georgia business, politics, and economic development. 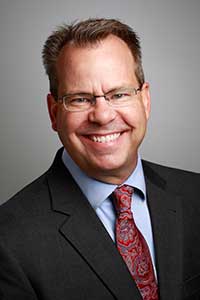 “It is an honor to be named one of the 100 Most Influential Georgians,” Dr. Marrero said. “I believe the University of West Georgia continues to be watched by fellow Georgians as we build collaborative educational and economic partnerships fostering student success, workforce development, innovative academic program delivery, and a commitment to impacting economic development in our region. The success of these core initiatives sets us apart and supports our vision to become the best comprehensive university in America.”

The list of top leaders in the state is compiled by the editorial staff at Georgia Trend and includes a year-round process of selecting individuals who best reflect leadership, power, and influence in Georgia.

Under Dr. Marrero’s leadership, 2015 was a year of prominent achievements. UWG was recognized by USG Chancellor Hank Huckaby with the Chancellor’s Service Excellence Award for Institution and President of the Year. In October 2015, UWG was recognized by the American Association of State Colleges and Universities in its national Excellence and Innovation Awards with the Leadership Development and Diversity Award for Engage West!, an initiative focused on creating a culture of high performance and evidence-based leadership via the implementation of leadership development institutes, a new strategic plan, and core values – all centered on student success.