How do you recreate an event that is ingrained in a nation’s collective consciousness? Ask University of West Georgia College of Arts and Humanities alumnus Jared LeClaire. The freelance video designer, programmer and engineer helped do just that as a crewmember on the major motion picture “First Man.” The Neil Armstrong biopic won the Oscar for Best Visual Effects 50 years after Armstrong achieved iconic status by walking on the moon.

“I always had an affinity for computers and video games, and it is very fortunate that I found a career where those interests became strengths,” said LeClaire, who graduated from UWG in 2013 with a bachelor’s degree in theatre design. 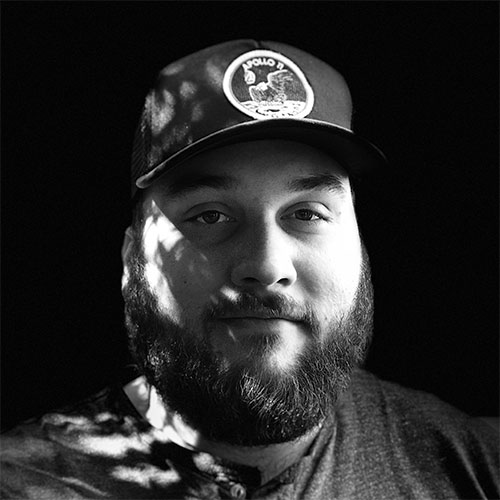 Such an accomplishment must’ve seemed light-years away when LeClaire enrolled in a theatre appreciation core class at UWG. He had never spent any time in a theatre – either as participant or audience member – until then.

And it wasn’t until he saw video of a 3-D projection-mapping project in Prague that he realized he could have a career in entertainment design and technology.

“I was astonished how light and imagery could completely transform an otherwise inanimate object,” LeClaire recalled. “From that point forward I didn't let a day go by without learning something about technology and began to work video technology into my theatrical work at UWG as much as possible.”

In addition to working on more than 20 productions while enrolled at UWG — 10 of which he designed — LeClaire also was given the opportunity to attend several theatre conferences and festivals, including the Kennedy Center American College Theatre Festival (KCACTF).

It was through KCACTF that he was awarded a week scholarship to the Stagecraft Institute of Las Vegas, where he networked with industry professionals who eventually led him to his first film set as a programmer.

“This was an eye-opener to this relatively new application of the technology I had been studying for years,” LeClaire recollected.

After earning his master’s degree from the University of Texas at Austin, LeClaire spent two years as a technical project manager where he worked on a variety of shows across the country. 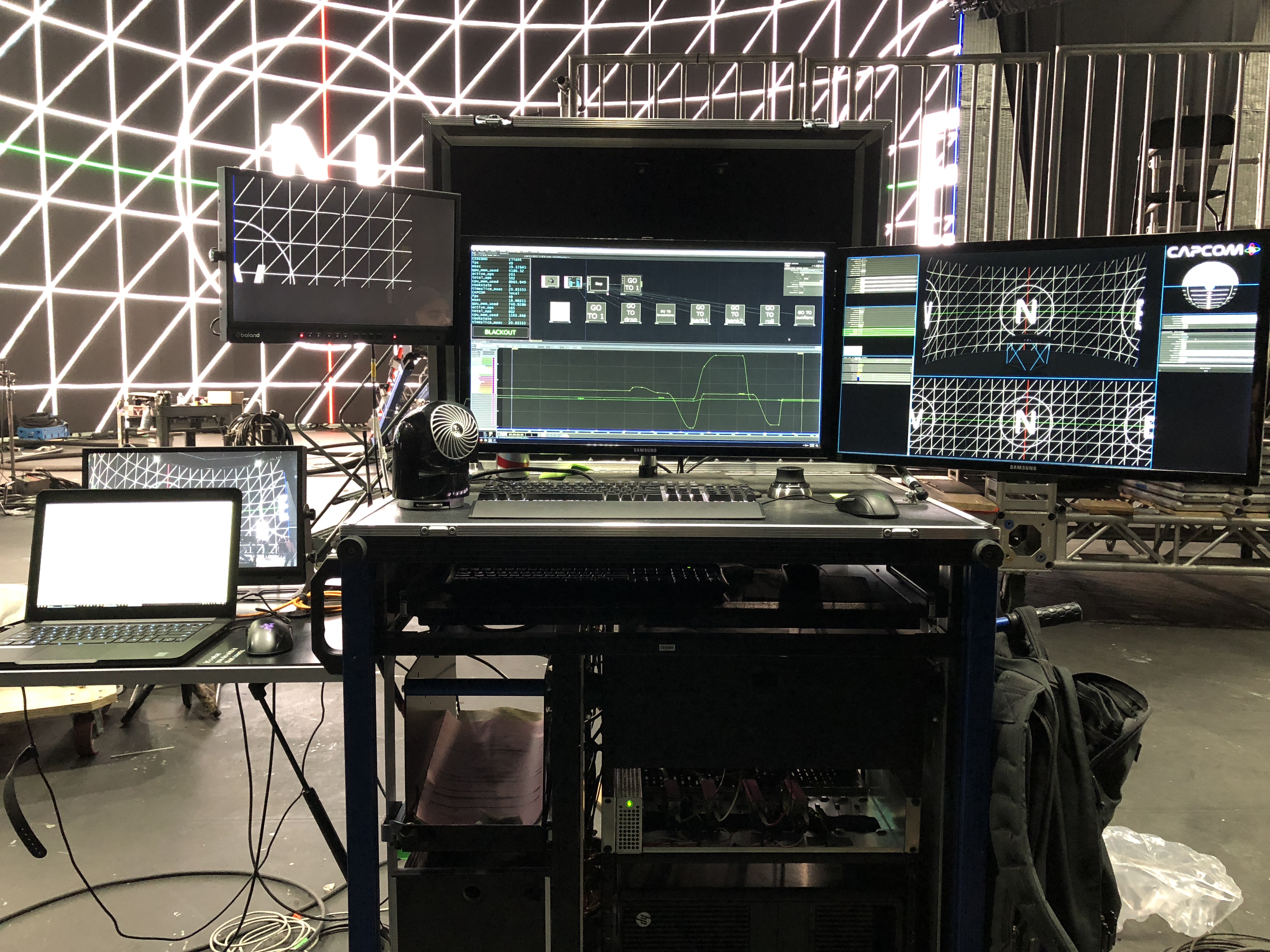 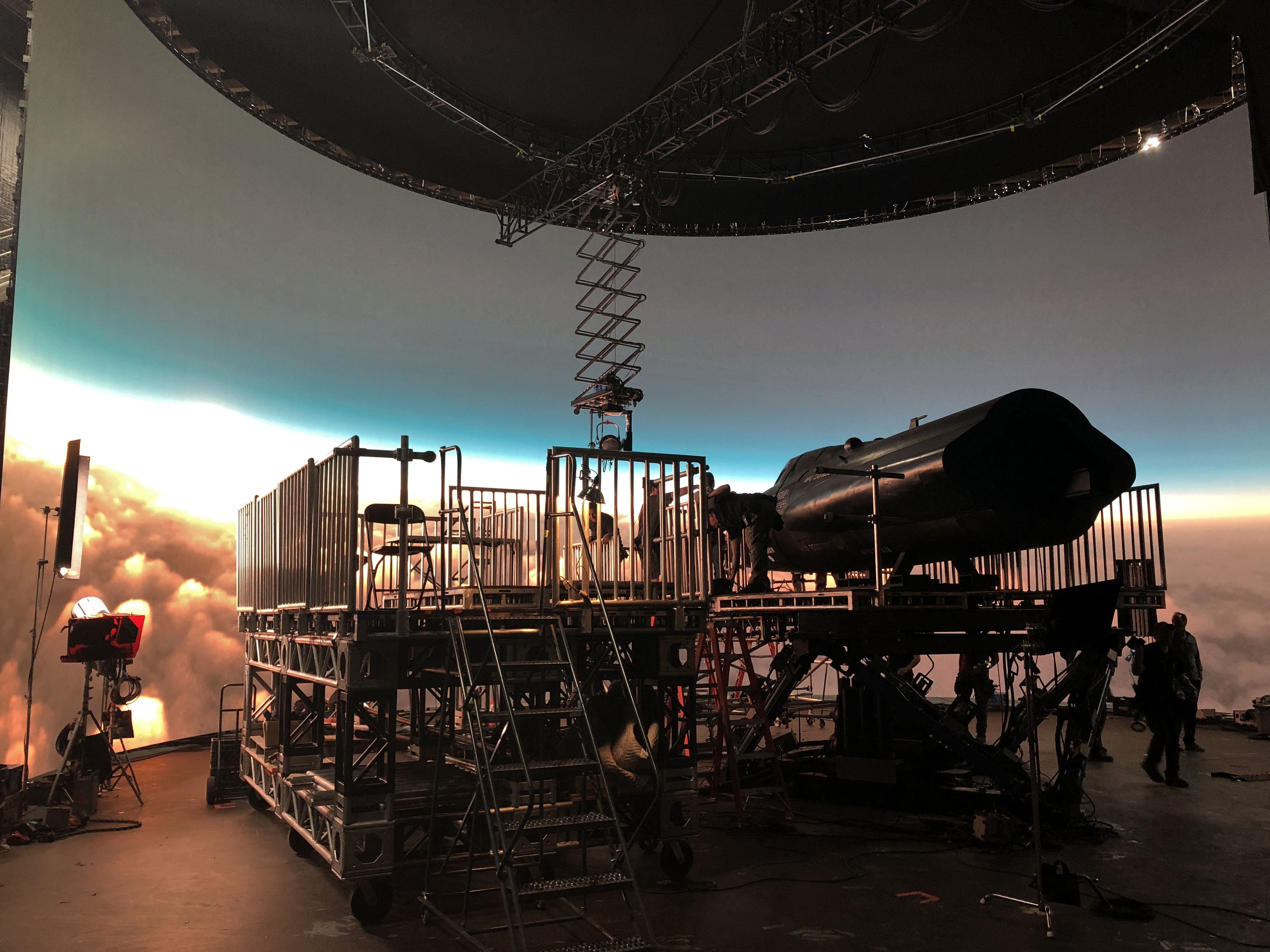 LeClaire’s responsibility on “First Man” was to design, program and operate the media servers that controlled the LED videos on set, working with the visual effects team.

The filmmakers of “First Man” wanted to achieve realistic lighting and backgrounds for the sky and space shots. To get the best visual effects, they built a curved LED screen.

LeClaire explained that modern LED screens have many advantages over traditional green screens when filming.

“With the advent of high-resolution LED displays, we are able to create larger and brighter backdrops in more complicated configurations,” said LeClaire. “The screen can reduce the amount of time and labor needed to replace the background in post-production and provides reflections on surfaces that would otherwise need to be created in software.”

The LED screen implemented in the creation of “First Man” was 35 feet tall and 60 feet wide. It also wrapped 180 degrees to surround the action occurring on set.

A prominent shot in the film – in which Neil Armstrong, played by Ryan Gosling, breaches the atmosphere and looks at the horizon – would not have been possible without the LED screen. The reflection of the scene before him is visible in his visor and eyes. The complexity of a reflection in the eye could only be captured on camera because of the LED screen’s size and technological features.

This opening scene is also the one LeClaire said was most difficult yet the one he is most proud of.

“We had to pre-program the sequence for each camera angle in order to make sure the background content was represented correctly no matter what the camera angle was,” LeClaire explained.

He shared that every day brought new challenges that required creative problem solving.

“We came up with a workflow that allowed us to essentially make a giant flight simulator that could be manipulated in a variety of ways in real time so that we could adapt to the needs of any given shot,” LeClaire said.

So what was it like to peek behind the curtain of visual/special effects and see how much work is involved in making that magic happen?

“Something that still surprises me about working in film is the amount of people it takes to make a single movie. Feature film sets are some of the most demanding working environments in this industry, and introducing a relatively new piece of technology into production can be very challenging. Every minute in production is very expensive, so everything must work as reliably as possible while being flexible enough to keep up with changes and needs in the moment. The sum of all of this can create a very stressful environment, but the first time you see a shot come together and know you contributed to it, even in a small way, it becomes worth it.” 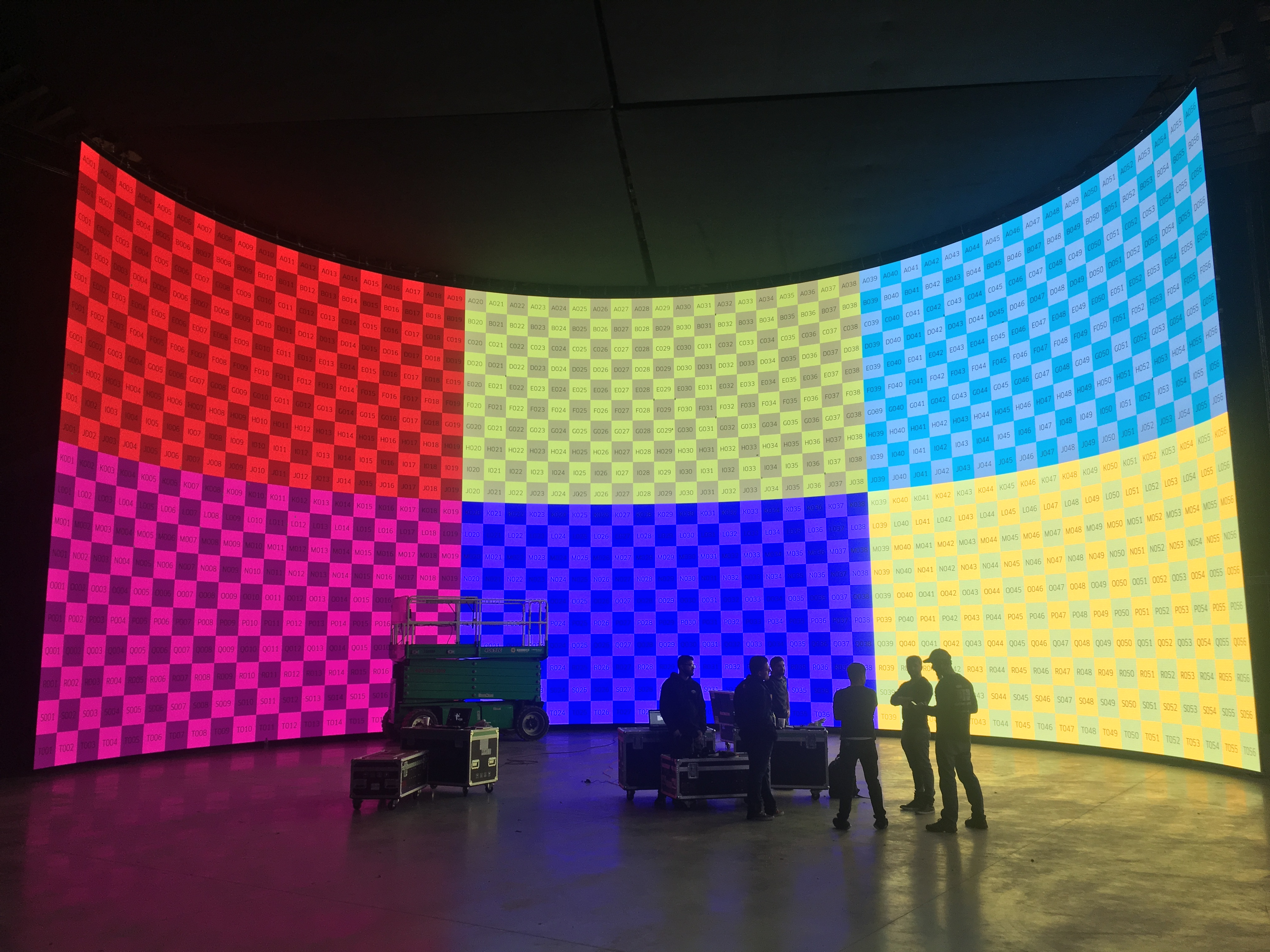 Just as LeClaire vowed as a new student studying technology, he plans to stay on the cutting edge and keep creating powerful tools for artists to create with.

“‘First Man’ was a milestone in the technology, and I'm very thankful to have been a part of it,” he said. “However, there is plenty of ground left to cover, particularly in the realm of real-time graphics and content workflows.”

LeClaire remains grateful for the ways UWG helped prepare him for work on the silver screen.

“The UWG theatre faculty provided the resources for me to explore video technology as a design element and the mentorship to help me learn how to use it effectively for storytelling,” he concluded. “It is not always easy to introduce new pieces of technology into traditional art forms, but the theatre faculty at UWG was always enthusiastic and supportive of students who wished to explore it. I'm thankful I got to spend my early career working and learning at UWG.”