The University of West Georgia strives to provide countless opportunities to set students up for success in their careers and lives after college. 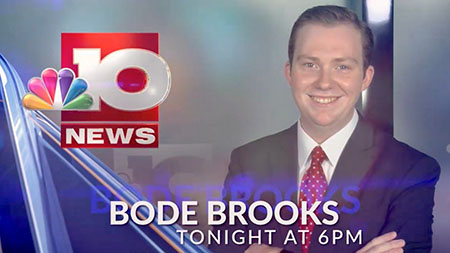 UWG alumnus Bode Brooks is an example of a student who utilized what the university has to offer and has become a successful news anchor as a result.

Brooks graduated from UWG in spring 2019 with a bachelor’s degree in mass communications with a minor in political science.

Aside from his anchor duties, Brooks is a co-producer for the news program each week. His responsibilities include gathering stories for the day, formatting the show’s camera shots and graphics, setting up interviews – and then conveying all that information to the public.

Brooks has already had a successful career, which in part he contributes to his time spent at UWG and his involvement with The WOLF Internet Radio and WUTV, UWG’s student television station. Through these organizations, Brooks was able to gain experience both as an anchor and producer.

“UWG uniquely prepared me for my career choice by putting me in the position as both an anchor and producer at the university’s media outlets,” Brooks said. “My experience also gave me connections to professionals in the industry who directed me on a path to an internship which turned into a career opportunity.”

In addition to the WOLF and WUTV, Brooks was a member of Tau Kappa Epsilon and served on the Student Government Association. Being involved with different organizations on campus propelled Brooks toward success after college.

“I’d say each organization in some way contributed to either my career choice, work ethic or overall personal development,” Brooks explained. 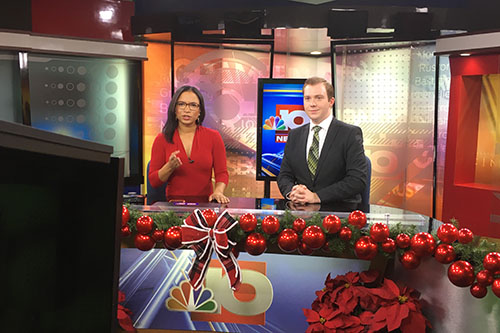 Brooks was initially interested in Going West because a relative was a UWG staff member and involved in the community. This prompted him to take a tour of the campus in 2015 and he was instantly drawn to Carrollton.

“When I visited the campus, I felt like everything was just a good fit,” Brooks said.

Brooks believes his involvement on campus was an integral part of his personal, academic and career development. He urges current students to utilize the resources presented to them.

“Some advice I would give to prospective students, especially if they are considering mass communications, is to look into all the resources UWG has to offer,” Brooks concluded. “Getting experience behind the microphone and in front of the camera is something not many schools can offer.”