by Katie Stepp and Julie Lineback

One must be a jack- or jill-of-all-trades to have an edge in the entertainment industry.

Candy McLellan knows that, and she certainly got the whole package when she made the choice to Go West. 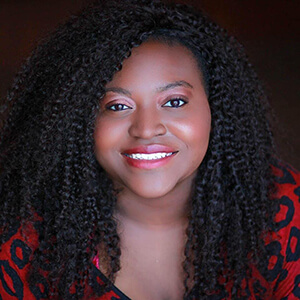 When McLellan decided to transfer colleges, the University of West Georgia was the only one where she had no friends in attendance. After researching UWG’s theatre program, the 2016 graduate decided the program would be a great fit for her and took a giant leap.

Her decision was validated during her senior year when she directed the production, “Episodes in Sexuality.”

“The student responses amazed me,” McLellan said. “It was such positive feedback. When a group of artists come together and create art, it can bring so much light to people’s hearts. That’s a beautiful thing, and that kind of enlightenment is that I want to be doing. Theater changes lives and has changed mine.”

At UWG, McLellan gained a full resume of credits. In addition to acting, she built sets, directed shows, learned about stage makeup and costuming, and taught improv to local teens. So it was no wonder she had an advantage when she applied for a yearlong apprenticeship at Aurora Theatre Company in Atlanta.

She described her apprenticeship as an extension of her education, allowing her to hone her skills in voice, film and dance. Today she not only acts in performances of sold-out shows like “Mamma Mia” and “The Hunchback of Notre Dame,” she also teaches Aurora’s summer acting programs for children.

“I am a black, plus-sized dancer, singer and actor,” McLellan said. “Sometimes there aren’t many roles that seek a girl like me out, but I work hard to break that mold. It makes me happy that there are younger and bigger girls out there who look at me and say to themselves, ‘Wow. I can do that too.’ That alone is fulfillment.”

McLellan credited the UWG theatre faculty with laying the foundation of her career, especially Dr. Pauline Gagnon, College of Arts and Humanities dean and professor of theatre, and Shelly Elman, Department of Theatre chair and professor. 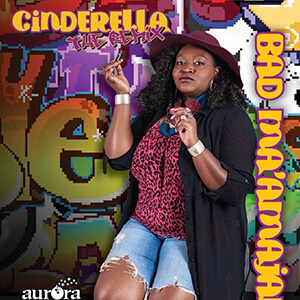 “I always had full support of my professors,” she recalled. “Shelly was my first director in college, and I had never worked with someone who gave their artists so much freedom to play and explore. I loved that she didn’t hold my hand. Pauline was my Acting I professor, and I had my first lead in her play. She took a chance on this new girl in the theater company and pushed me to be vulnerable, which is one of the hardest things to do on stage.”

McLellan advised students aspiring to work in theater to never give up, never settle and to learn all the trades of the profession imaginable.

“Theatre is such a small world,” she concluded. “You are always being watched and meeting people who will help you climb the ladder of success. Keep reaching and exploring your art, and don’t limit yourself to learning one thing. This profession can come with rejection, but you have to keep pushing forward. As they say in show business — if you’re booked, you’re blessed!”