As a ’85-’86 graduate student at the University of West Georgia, Brent Nichols was introduced to the field of social work, which led to a career and passion that would change the lives of children in need. 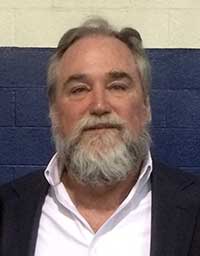 While completing his bachelor's degree in business administration at Georgia Southern University in 1981, Brent was asked by a friend to assist with a Special Olympics event in Warner Robins, which caused him to fall in love with the idea of giving back to his community and led him to pack up and head West to further his education and pursue a career in social work.

During his time at UWG, Brent had the opportunity to become exposed to social work as he pursued his master’s degree in guidance and counseling. He was able to work with professors and mentors who led him to an internship opportunity with the Family Resource Center in Newnan.

“Working with the community’s youth gave me the desire and passion to further pursue social work,” said Brent. “It gave me the opportunity to make a difference in the lives of children in need.”

After graduating UWG, Brent witnessed a horrific occurrence that led him to create a life-changing charity event. A local third grader was beaten in front of his own home by a vagrant.

After witnessing the incident, Brent and his local rugby team decided to take initiative to prevent kids like the battered child from being harmed and to lend a helping hand to those in need. Brent and his rugby group sent the young boy to the Boys and Girls Club along with a few other children. The impact these children had on Brent fueled him to start the nonprofit organization Pull for a Kid, which focuses on causes such as helping poor children attend summer camp, donating food during the holidays, or anything that will help make a difference in the lives of children in need.

Pull for a Kid even sponsors an annual tug-of-war fundraising event to provide children an opportunity to attend summer camp.

“You’re literally pulling for a kid. It’s just good, clean wholesome fun,” Brent said with a laugh. “It’s only two hours so it’s not much time at all. The teams pay $100 to enter, and we have Indigo Coastal Shanty providing chili and hot cocoa. Then, when it’s over, we all go to Indigo and Michael Hulett plays his saxophone.”

This year’s Pull for a Kid event will be taking place on January 16 from 11 a.m to 12:30 p.m at Howard Coffin Park in Brunswick, Georgia. The public is invited to attend, even if they aren’t participating in the tug-of-war.

Although this event is the organization’s most popular outreach, Brent also takes monetary donations and food for families, which he hand delivers.

“Around the holidays, I have people calling me wanting to give frozen turkeys, and I will come get them,” said Brent. “In two hours, I will have put them into the hands of someone who will really appreciate it. Since I’ve been working in social work for so long, I know who needs it.”

With a passion for social work and making positive impact in people’s lives, Brent currently works as a self-employed mental health consultant. He is driven to continue this work because the job he does is keeping kids safe. He has become extremely active in his community by visiting schools and hospitals to seek new ways to give back.

“Anybody who wants to give something can just call me, even during the holidays,” he concluded. “I’ll come get it and take it to someone who will really appreciate it. It’s what I do.”