Victor Bomi has a personal motto that encapsulates his philosophy on life: “Embrace your journey.”

Bomi, a University of West Georgia graduate and entrepreneur, serves as CEO of ATLCO Real Estate Advisors Inc. At 26 years old, the company he founded has closed $3 million in real estate acquisitions in Atlanta. 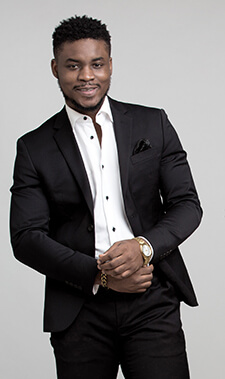 Bomi leverages the investments of individuals who are already relatively successful to create financial independence and peace of mind for themselves and for generations to come.

“I believe I was put on this earth to inspire people to follow their passion,” he said. “The sense of fulfillment I get by completing my goals and lifting other people up is priceless.”

Born in Lagos, Nigeria, Bomi came to the U.S. in 1997. He credits the blend of two different cultures for a portion of his success in his career field. He also came to the U.S. with an open mindset and an extroverted personality.

“It was a culture shock coming to America, but it wasn’t as shocking as you would think,” said Bomi. “I learned how things worked here, so it was easier to immerse myself in the culture and in the American lifestyle. It allowed me to do better in the world of business because I’m not someone who looks at people based on their heritage or ethnicity.”

Bomi reflects on how his time at UWG helped him embrace diversity. He recalls becoming friends with students from other countries and ethnic backgrounds. At UWG, Bomi became more open-minded, and it has helped in him in business to never judge anyone’s background.

“One great thing about UWG is its diversity,” Bomi said. “Being a part of the UWG culture encourages you to mix and mingle with people who wouldn’t otherwise be in your social circle. I loved having that opportunity to meet people from different backgrounds and cultures.”

He described how his skillset of meeting new people, making things happen and using his creativity are assets to becoming a successful entrepreneur.

“The basis of my company is grounded in relationships,” Bomi said. “The ability to build partnerships allowed me to see that you can build a successful career by investing in genuine connections. My experience at UWG taught me the importance of going after my dreams, passion and being patient in that process.”

Graduating with a degree in finance, Bomi started as a pre-med biology major and quickly realized he wasn’t passionate about it. He changed his major one more time, and then took a year off from school to pursue his passion for real estate. Bomi’s sabbatical allowed him to focus on his dreams and goals.

“It’s important to do what you’re passionate about,” Bomi said. “It was great to start a business using the knowledge and tools I learned at UWG. And for that, I am rewarded and grateful.”