One phone call led to the job of a lifetime for University of West Georgia alumnus Roger Dean Huffstetler, who is now Congressman Seth Moulton’s Chief of Staff in Washington, D.C. After reaching out to his old friend in Congress hoping for an internship opportunity, he instead received the call that led to his current job. The friend, Congressman Moulton, offered him a Chief of Staff position right away. 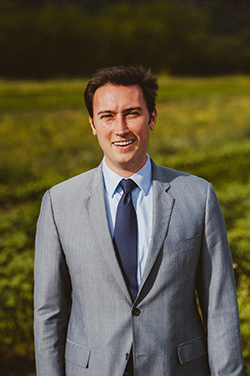 UWG has been the starting point for many students’ success stories. Going west means more than being a student at the University of West Georgia. By offering career services, clubs, an advising center, and many organizations for involvement, students are encouraged to take on leadership roles to enrich their college experience. Roger took on as many of these opportunities and leadership roles as he could and used them to expand his skills and explore new experiences.

Becoming Chief of Staff is only one part of Roger’s amazing resume. His success can be tracked back to his days spent as a student at the university, where he studied chemistry in hopes of becoming a professor. Inspired by a UWG mentor, Dr. Andy Leavitt, he went on to complete graduate school at the Harvard College of Business after graduating from UWG in 2001.

During an interview, Roger said attending UWG allowed him to play a number of leadership roles, whether that was as part of the Honors College or the chemistry department, and prepared him for the position he has now.

“I was fortunate to have a great set of mentors, including university President Beheruz Sethna, Dean Donald Wagner, and Professor Andy Leavitt,” he shared. “Dean Wagner, in particular, believed that politics can be a force for good, and I've missed him a lot in this job. I just know he would have loved talking about it.”

Mentors are great leaders and life models who can show students the way to reaching their goals. Roger found UWG mentors and made connections that ultimately stroked his career direction.

“President Sethna lives by example, he's kind and driven,” Roger said in regard to these important relationships. “He was my professor. I admire him. I learned a lot from him. Dean Wagner would be so excited. He was the kind of person who invested in people and made time to push you forward. Dr. Leavitt is single handedly responsible for me getting into graduate school.”

The terrorist attacks of 9/11 impacted the lives of every American and inspired Roger to join the United States Marine Corps where he spent his time as a leader and a teacher to other Marines for five years.

From West Georgia to a Harvard graduate degree to the Marine Corps and now working as a Chief of Staff for a congressman, Roger’s list of accomplishments and experience is growing rapidly.

When asked about his journey that led up to his present job, Roger replied, “Well, I’ve never even thought about being anyone’s Chief of Staff. Not that it’s not a perfectly fine career choice, but just not something I had on mind.”

He knew Congressman Moulton from graduate school, which is why when asked what advice would he give to a student from University of West Georgia, he joked, “Go to grad school with someone who gets elected to Congress.”

He admitted that he was very lucky.

“I never intended this path, but Seth was kind enough to give me the chance to serve again,” Roger concluded. “Politics is complicated in a lot of ways, but then again if you do well at your current job, don’t be surprised if you get the chance to serve in some capacity.”

Roger now lives in Washington, D.C., with his wife Emily, an OB/GYN doctor.