And she should know. After receiving her bachelor’s and master’s degrees in opera performance, the professional stand-up comedian decided at age 44 to get her doctorate in clinical psychology.

So how does someone go from a University of West Georgia undergraduate performing with the Atlanta Symphony Orchestra to working with the likes of Jerry Seinfeld and appearing on Anderson Cooper 360°?

“I had a lot of time on my hands and started volunteering for a shelter for sexually abused kids,” she said. “That awoke something in me I didn’t even know I had - I am a healer.”

Irwin said she can’t remember a time when music wasn’t part of her life. She came to then-West Georgia College because a voice teacher told her it had the best faculty around. It was in 1973 when Irwin performed as a soloist with well-known conductor Robert Shaw and the Atlanta Symphony Orchestra.

“It was quite a thrill,” Irwin recalled. “The orchestra and the huge crowd it drew could not fit into Kathy Cashen Hall, so it was held in the gym. It was quite the moment.”

She graduated from UWG in 1977. Even though she loved singing, opera and classical music, Irwin confessed she didn’t feel quite talented enough for the big time. She also didn’t want to become a teacher.

“I discovered that I had other gifts on stage besides just singing opera,” Irwin said. “I loved comedy so someone dared me to try stand up. It went really well, and I got hooked.” 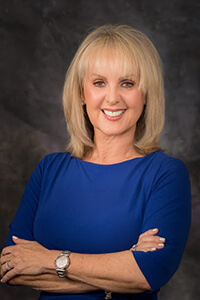 In 1985, she moved to New York, where she worked for 10 years as a comedian, during which time she traveled across the country and entertained the troops overseas. After hearing that Hollywood “needed more blondes,” she relocated to Los Angeles. As staff emcee at the Melrose Improv, she shared the stage with other comics such as Seinfeld, Sarah Silverman and Ray Romano.

As Irwin explained, comics only work about 30 minutes a day. She was bored and began volunteering at the shelter - Children of the Night.

“Over the course of the next weeks and months, I’d be working with the kids by day and the clubs at night, and the scales started tipping,” she said. “It became very clear that I just wasn’t that fulfilled by comedy anymore. There was something else I was really hungry to do.”

The experience prompted Irwin, at the age of 44, to enroll in Southern California University of Professional Studies’ doctorate in clinical psychology program. She opened her private practice five years later.

Wanting to inspire others, she took her own experiences - and those of other 40-somethings who had shifted gears in middle age - and released “You-Turn: Changing Direction in Midlife.”

“Some people must change by default. They get fired, laid off or stricken with an illness. They have to reinvent,” Irwin said. “Other people feel like something is missing. With me, something just woke me up and I thought, ‘Oh wow, something more for me.’ You change by default or change by choice. Either way, change can be made, and it’s never too late to live a life you love.”

Today, Irwin treats more than 100 issues, is a bestselling author and frequently appears on television shows, such as Anderson Cooper 360°, The Doctors and, most recently, Megyn Kelly TODAY. 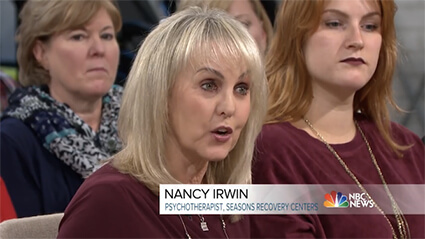 She still draws from the music background provided by UWG.

“All of my years in classical musical training have absolutely served me,” Irwin explained. “My philosophy is that everything is a transferable skill. A lot of writers, performers and rap artists diverged from opera. I have the privilege of working with a lot of creative artists - stand-up comics, producers, directors and other people in Hollywood. I speak their language. I know what the creative process is like and how competitive it is.”

Irwin said another transferable skill she’s relied on her whole life is her fearlessness and refusal to give up.

“It’s persistence and grit that are the most important qualities,” she concluded. “Intelligence, talent, youth, beauty, athleticism are all good things to have, but without grit, those are all short term. Those who are willing to work hard usually go much further than those who try to coast on their natural gifts.”