They say the neon lights are bright on Broadway.

University of West Georgia alumna Gabrielle Elisabeth can attest to that. She’s been performing on the stage as Little Eva and a Shirelle – of “Loco-Motion” and “Will You Love Me Tomorrow” fame, respectively – since making her debut on the Great White Way in “Beautiful: the Carole King Musical” in April. 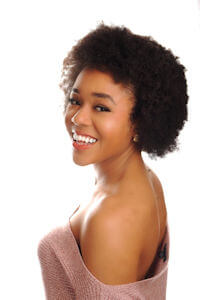 “I feel very fortunate to have a solo in my first Broadway show,” she exclaimed. “‘Loco-Motion’ is one of the highest energy numbers in the entire show and really gets the people going.”

While Elisabeth may be new to Broadway, she’s not new to performing. Whether singing with her family at home, in the car or at church, she grew up knowing that she was meant for the stage.

“Every day there was a song,” she said. “Acting really became part of it when I was around 3 or 4 years old. I remember watching television and telling my mother, ‘I could do that.’ That statement turned into, ‘I have to do that!’”

Born in Chicago, Elisabeth and her family were living in Douglasville, Georgia, when she enrolled at UWG. She described herself as a quiet young woman with a big personality and many opinions. As a double major, she said faculty – including theatre department chair and professor Shelly Elman and English department chair and professor Dr. Meg Pearson – challenged her and helped her build confidence in herself.

“UWG really helped me figure out what I wanted to say to the world, and not only that, how to say it through my art,” Elisabeth shared. “My professors identified talents in me I didn’t even know existed, and they never settled for less than my best. I always felt heard and seen by them. They not only mentored me as a student but also as a young lady.” 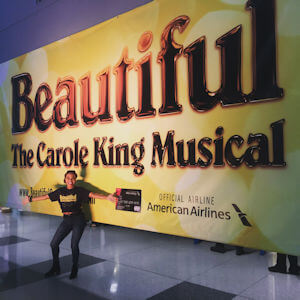 Studying as a double major also taught her one of life’s most valuable lessons that she uses in her professional life daily – time management.

“Life after college does leave you with more time, but you also have to budget that time to make sure you are getting the most out of your life,” she said. “No one holds you accountable but you. UWG taught me that – in a safe space.”

After graduation, Elisabeth continued to grow. Whether working at Dollywood or Walt Disney World, or serving tables or cutting hair, she said she was determined to make the best out of each situation and rise above her status at the time.

“I was blessed with the wisdom to know that when I’ve learned all I can in a certain place, it’s time to move on,” Elisabeth shared. “It’s hard to have progression if you’re standing still. So no matter where I was, I was determined to give my all. Eventually people took notice.”

Shortly after relocating to Los Angeles, she received an email regarding two shows in New York – a first audition for “Beautiful” and a callback for a different ensemble.

Elisabeth described the audition process as quick. She sang for the creative team one morning, danced for them the same evening and performed a final time the next day. Three days later she received a call from her agent, who informed her she booked the show and needed to be on a flight to New York that night.

After four months on Broadway, she said it’s nothing like she imagined it would be.

“It isn’t some magical place where you go and get to see the only talented people in the world,” Elisabeth observed. “Is everyone talented? Very! But I’ve performed with some theme park entertainers who shine just as brightly. What I love most about Broadway, though, is people take you seriously as a performer. It gives you a stamp of quality.”

To current students who wish to follow in her footsteps, her advice is to work hard and keep learning.

“Plant seeds wherever you go. Before you know it, you will look up and have a field of flowers,” Elisabeth concluded. “There is something powerful about performing. You get to be so vulnerable and open. Something we don’t get to see enough of in real life.”