“Cary Ichter has been our most significant alumnus in terms of support for UWG Debate,” said Dr. Mike Hester, director of University of West Georgia Debate and coordinator of the African-American Male Initiative. 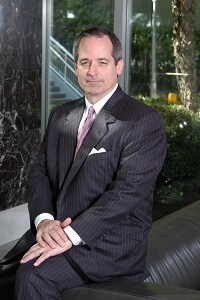 While speaking on the Cary Ichter Presidential Scholarship, Hester’s gratitude for Ichter’s support is apparent.

“His willingness to contribute financially, as well as his eagerness to employ debate alumni who work in the legal field, is unparalleled,” Hester said.

Ichter, a partner at Ichter Davis LLC, initially endowed the scholarship in 2004, benefiting deserving UWG students who are members of the debate team.

A 1981 alumnus and former debate member, Ichter came to UWG on a debate scholarship. While tuition and books were covered by the scholarship, Ichter worked nights at Kroger in nearby Douglasville to cover the rest of his college expenses.

Ichter participated in debate for all four years as a UWG student, earning the Southern Debater of the Year Award from Samford University his senior year. That same year, he and his partner were ranked No. 7 in the country and received a first-round bid to the National Debate Tournament.

When asked about his college career, Ichter expressed that UWG definitely prepared him for his law career, particularly his debate experience. Prospective students would do well to heed his advice, he said.

“Get ahead of the curve,” Ichter explained. “Get involved in activities that will help prepare you for your career – debate, speech, politics, research, advocacy and government.”

Hester said the Ichter Presidential Scholarship plays a key role in providing financial assistance to debaters who otherwise would not be able to afford college costs.

“But for the scholarship I received, I am not sure I would have been able to make it through school,” Ichter continued. “I still worked at Kroger unloading trucks, and I eked by. So I have first-hand experience with the struggle of getting a degree.”

The scholarship is awarded annually to UWG Debate Team members who are also members of the Honors College.

To Nick Charles, current recipient of the Ichter Scholarship, it has meant so much more than a dollar amount.

“The Ichter Scholarship has freed me from academic stress, enabled a deep engagement with every class I have had the privilege to take at UWG and has been a motivator of my success in intercollegiate debate,” Charles explained. “It has been an integral part of my experience at UWG, especially at a school where so many students seek full- and part-time employment.”

Charles has found UWG to be a home-away-from-home, where his peers are always willing to have a deep and genuine engagement with one another.

“From focused learning communities to intercollegiate activities, my choice to come to UWG has been reaffirmed at every level of interaction with my peers and UWG staff,” Charles continued.

“We are deeply grateful for Ichter’s scholarship support, without which the success of our debate program would not be possible,” Hester said.

As much as Ichter takes tremendous pride in having made it through his college experience, he also recognizes he probably would not have made it without the help of others.

“So the scholarship I funded is my way of giving back,” Ichter concluded, “and to say thanks.”