As the first female superintendent in the Newton County School System’s 150-year history, University of West Georgia alumna Samantha Fuhrey ‘00 has not only raised the glass ceiling for women in upper school administration. She has shattered it. 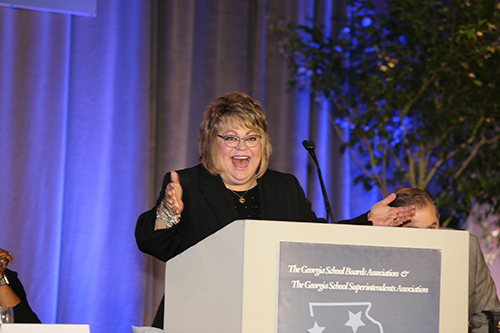 In just seven years, the Georgia School Superintendents Association has recognized Fuhrey’s leadership skills on multiple occasions – naming her the recipient of its President's Award in 2015 and selecting her as a finalist for Georgia Superintendent of the Year three years in a row.

Shortly after clinching the state title in December, the School Superintendents Association announced that Fuhrey had been chosen as one of four finalists for the 2020 National Superintendent of the Year.

“It is an honor and a privilege to represent my school system at both the state and the national level,” said Fuhrey, a graduate of the College of Education’s Educational Leadership program. “The designation really speaks to the honor representing my community.”

Fuhrey said that while it is a privilege to receive such awards, the achievement belongs to all stakeholders.

“My community has definitely played a role in the development of our students and the implementation of our initiatives,” she shared. “Each of them has worked equally as hard on behalf of our students. Receiving this recognition is just the exclamation point behind the work we have already undertaken.”

Fuhrey is a product of the educational community. Growing up in a military family, she lived all around the world. But while the faces and places changed, one thing remained a comforting – and impressionable – constant in her young life.

“I had some really fantastic teachers throughout my educational experience,” Fuhrey recalled. “They were respectful of the fact that we moved pretty frequently. Their teaching techniques and the things they did to include me definitely influenced me. I was one of these students where the gaps in my learning would’ve probably existed if I didn’t have teachers who recognized the problems and made sure I learned the things I needed to be successful in school.”

Around that same time, Fuhrey began researching the next step in her own educational growth and spoke with colleagues who recommended UWG.

“West Georgia was doing very cutting-edge things when it came to education and the field of education, as they continue to do,” Fuhrey said. “The professors really helped you to think outside the box and think of different ways to answer age-old questions, like how do we bring the community into the work that we are doing in the schools.” 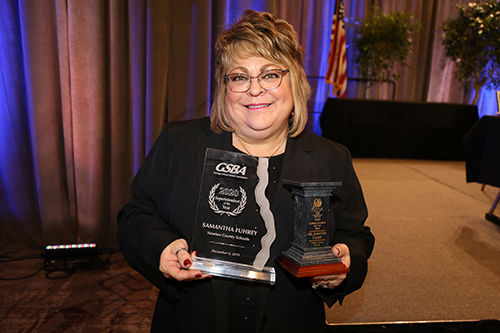 Fuhrey said she found the solution-based coursework most rewarding, with classes going beyond textbook-learning experiences.

“Professors often posed scenarios we would have to resolve and present to the class,” she recalled. “That feedback and opportunity to expand your thinking ensured we weren’t thinking about things in a linear way.”

Fuhrey said she would recommend UWG to anyone, regardless of which career they pursue.

“My time at West Georgia really set the foundation for my administrative work,” she concluded. “That which came next was very firm ground, and I continue to learn and grow to this very day.”