Feb. 4, 2018, will always be remembered as a day when Matt Lee’s life was forever changed. 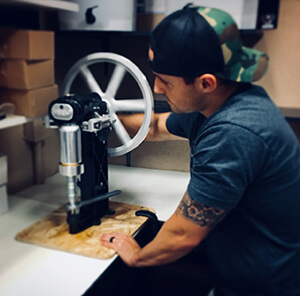 Bennett Edward Lee, son of Matt and his wife, Megan, was born prematurely, and despite a tough fight, passed away the next day.

“That 24 hours we spent with him taught us more about love and life than all the knowledge we accumulated in our 30 years of existence,” shared Lee, a 2012 University of West Georgia graduate. “In the weeks and months following the loss of our baby boy, we battled sadness, guilt and anger.

“Ultimately though, we knew Bennett would want us to pick ourselves up, chase our dreams and pursue a better tomorrow,” he continued. “So that's what we did.”

Lee and his wife had always aspired to open their own business. Combined with a love of cold-brew coffee and a determination to turn their negative thoughts and emotions into something useful, their business – Primitive Joe – started percolating.

“Initially, it was just a way for us to keep our minds busy during this period, but then it dawned on us – we can use this company to give back and possibly help others in their pursuit of a better future,” Lee explained. “Primitive Joe is so much more than just cold-brew coffee – it's a lifestyle. It's about enjoying the simple things in life.”

Currently, Primitive Joe offers a canned, medium roast cold-brew coffee that is able for online ordering and delivery. Every batch is roasted and brewed to order. Two more blends, including a dark roast, will soon be available.

While Primitive Joe is a new venture, success began brewing for Lee, who decided to transfer West as an undergraduate in 2008.

Already enrolled at another university yet still feeling unfulfilled, Lee said he discovered the missing piece after spending a few weekends with friends who attended UWG. 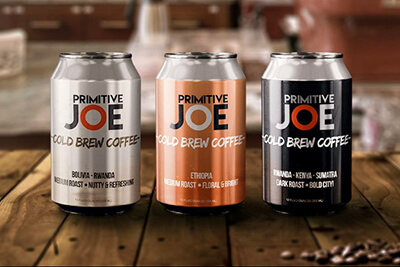 “I realized the strong sense of community and pride that was ever-present at UWG was the very thing lacking at the institution I was attending,” he recalled. “After some careful consideration, I put my transfer application together and submitted it. It was literally one of the best decisions of my life.”

In addition to the sense of community, Lee was also impressed by the state-of-the-arts facilities and an engaged faculty and staff dedicated to students’ achievement.

“Not only are the instructors some of the best in their field, it is my experience that the students’ well-being and academic success is central to the instructors’ approach to teaching,” he said. “I spent countless hours in my instructors’ offices, both during and outside of formal office hours, discussing class material and options for post-graduation. The personal engagement I felt with these instructors was something I still cherish to this day.”

Lee singled out one professor who particularly made an impact on him – Professor of Philosophy Dr. Robert Lane.

Shifting from math major to history major, Lee said he didn’t really know where he wanted his career path to take him until he took Lane’s Introduction to Ethics class. The course piqued Lee’s interest in philosophy and compelled him to ask life’s biggest questions. It wasn’t easy, but Lane’s coursework approach and open communication style prompted Lee to major in philosophy.

“He taught me that you can work hard while pursing something you truly enjoy,” Lee explained. “His course and instruction also helped alter my worldview to one that is far more enriching yet pragmatic.”

Lee also credited Lane and the philosophy courses in making him a more critical thinker, a more effective writer and a better problem solver. Garnering these skills put him at an advantage for the GMAT and resulting MBA he earned in 2015.

According to a study conducted by the Graduate Management Admission Council, philosophy students are among the highest GMAT scorers, behind only physics, engineering and math majors.

“Whether you want to pursue an MBA, graduate school, law school or jump right into the job market, philosophy will set you up with many tools while allowing you to keep your options open,” Lee said. “The skills I acquired pursuing philosophy in addition to those gained in an MBA track have produced a resume that is uniquely qualified in my field.”

If this year has taught Lee anything, it’s that simple things such as family, friends and time well spent mean more than ever. He advised current students to chase their dreams concurrent with acquiring marketable skills.

“Pursue what makes you happy but utilize electives that teach valuable skills in the job market,” he concluded. “If you have fun, make new friends and create new experiences, you’ll enhance your network by default.”