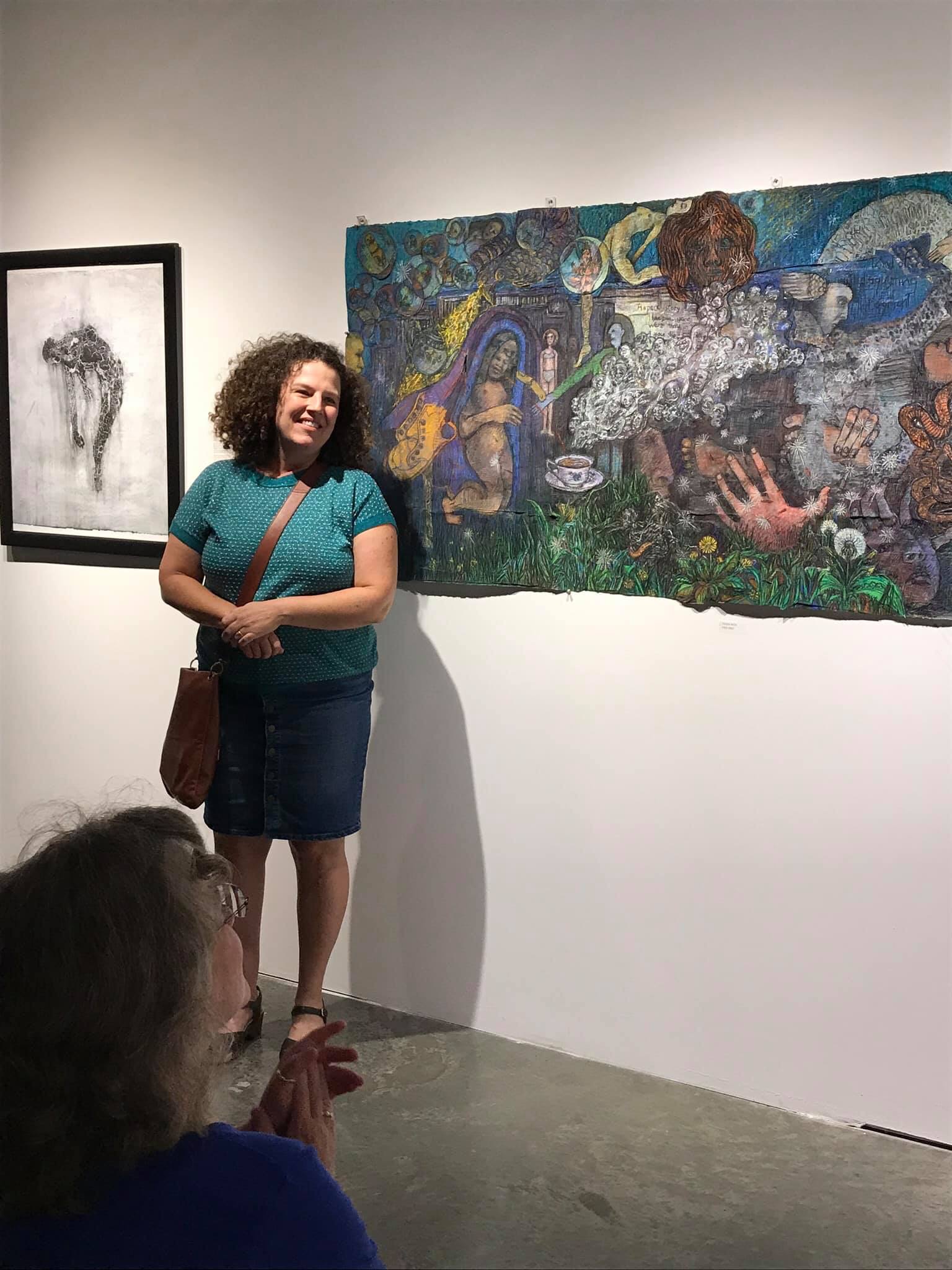 Erin Dixon was born on a rubber plantation in Grand Bassa County, Liberia.  She grew up in Watertown and Middlebury, CT, and spent four years from age six to ten in Penang, Malaysia.  Her parents’ collection of art objects, furniture, and textiles from West Africa and Southeast Asia was instrumental in the development of Dixon’s aesthetic influences, and the experience of living as an outsider ingrained in her a global perspective of life at a young age.

Dixon attended the Savannah College of Art and Design and graduated with a BFA in Painting in 1994, and fourteen years later graduated from Georgia State University with an MFA in Drawing, Painting, and Printmaking.  In the time between those two degrees, she worked in various art studios in Atlanta and Seattle, painting, making glass objects, fine handmade wallpapers, and painting murals.

Dixon has been teaching Drawing and Painting at the University of West Georgia in Carrollton for eleven years.  She exhibits frequently in Atlanta, and around the Southeast, most notably in 2017 in Orlando as part of an exhibit honoring victims of the Pulse Nightclub shootings called 49 Portraits, and in 2019 at UNC Asheville’s international 10th Annual Drawing Discourse, where her large drawing, My Trip to Outer Space, won one of four Awards of Distinction.

Dixon’s work is rooted in observational and experimental drawing practices, and her maximalist paintings are formed from drawing fragments, which parallel the way memories are accessed and change over time.  While the pieces may be called paintings, Dixon considers them to be more representative of the fundamental properties of drawing, that is to say, comprised of a tornado of linear marks, and never finished. The subject matter is deeply personal, conveying at once a sense of loss, wonder, nostalgia, confusion, humor, and melancholy.