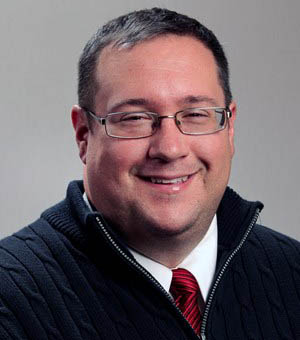 A native of North Carolina, Cooke came to West Georgia in the fall of 2001 as an undergraduate student. He quickly became the sports editor of The West Georgian and a stringer for the Times-Georgian on Friday nights. Through networking in those roles, he came to meet the legendary sports information director/announcer, Mitch Gray. Cooke became a student assistant for the athletic department in January of 2002, a role that he would hold until graduation in July of 2004.

After graduation, Cooke was hired as the assistant sports information director, handling official duties with women's soccer, women's basketball, and softball in that first year. He was also the main administrator on the athletic website, uwgbraves.com. He oversaw the athletic website throughout his tenure and was the main architect of the first website after the university changed the mascot from Braves to Wolves in the summer of 2006.

In the fall of 2007, Cooke transitioned out of athletics life for a short time, working as the National Trade Show and Endorsement Manager at Greenway Medical Technologies in Carrollton.

The fall of 2009 saw a reunited family when Cooke returned to UWG Athletics as the Assistant Sports Information Director and Athletic Events Coordinator, a role that he held until 2017. In that year, he was named as the Assistant Athletic Director for Events, Marketing and Media Services.

In 2021, he is the main athletics liaison with University Communications and Marketing, oversees the Sports Information Office, directs the marketing and public relations efforts for athletics, and is instrumental in setup and execution of gameday on campus.

He is married to the former Teresa McDermitt, and the couple lives in Carrollton with their two boys, Micah and Caleb.