University of West Georgia theatre alumnus and double-leg amputee Eric Graise (‘15) never dreamed of adding dance to his resume, a talent that has made him a show business triple threat.

The actor and singer, who achieved somewhat of a pop icon status as Stump Leg Walker and Fallen Tree Zombie in AMC’s the Walking Dead, is now poised to star in Step Up: High Water, a YouTube Red series based on the dance drama multimedia franchise and produced by actor Channing Tatum.

A Star is Born

Eric Graise talks about his time at UWG.

Throughout his life, Graise wanted nothing more than to be a performer. He loved everything about the theatre—singing, acting, design and more. Dancing, nonetheless, taught him something very special about himself.

“Dance has taught me a lot about my body,” Graise said. “There’s something about the memorization and the discipline that comes with dance. There is a freedom to it. I get to connect with my body. I have been very grateful to discover this art form.”

As a child, Graise admired the show So You Think You Can Dance, but he never imagined that it was something that he could do until he stumbled upon a YouTube video for Full Radius Dance. He said he was completely and utterly shocked when he saw the company of disabled and non-disabled dancers coming together and creating such beautiful artistry.

Twelve years later, Graise thought back to that day in high school when he truly felt inspired. After graduation at UWG, he decided to look up the company again.

“I went onto their website to find that they were having an audition that week,” Graise said. “I showed up, extremely nervous, and I was the only disabled dancer there out of around 20 people. I just went for it and became the next member of Full Radius Dance.”

The internship was unpaid, forcing him to work three jobs to be able to pursue his dreams. In his eyes, all of that struggle and hard work was well worth it.

Fit for a King 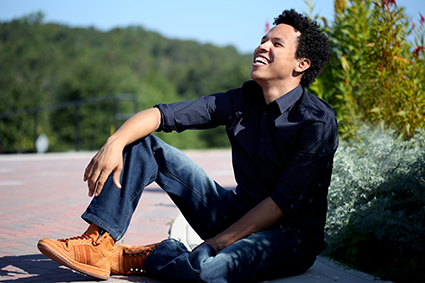 During his year with the company, Graise performed a piece called Silver at 7 Stages Theatre in Atlanta and even spent time performing at a festival in Spain. Just before his adventure abroad, the production team of an upcoming YouTube Red show, Step-Up: High Water, contacted Full Radius. The show, produced by the well-known Channing Tatum, was searching to cast the role of a main character by the name of King. King was written to be a biracial kid who sang, did hip-hop dance and was a DJ, all while being in a wheelchair.

Graise said he felt the role was made for him. Although he was a trained dancer, he had never really done much hip-hop style dancing, aside from a few classes. He decided to expand his style and sent in a video of his freestyle dancing that was a mixture of his technical, modern and contemporary training. On a day-to-day basis, he uses prosthetics. Since the role was to be played in a wheelchair, he was uncertain if he would get the part since many people could play the role in a chair.

“I was convinced then that I wasn’t right for the role and someone else was going to get it,” Graise explained. “To my surprise, I got called back to do a reading for the part. A few short days later, I received a call saying I was cast as King. I may not have known about the character or even had the technique to take on the role if it wasn’t for Full Radius Dance.”

When he got the call, Graise said that he was terrified. The role of King is very specific, but the producers were amazed by how well he fit the part. Both he and the production team were ready to create the character just as he was written to be.

“As a theatre kid, I never thought I would work with Channing Tatum, and it wasn’t necessarily my dream,” he confessed. “However, when I was cast, it became my dream.” 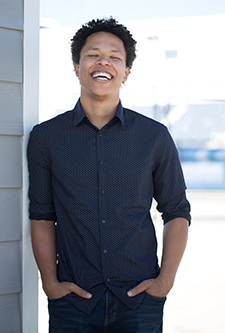 According to Graise, UWG has played a huge role in getting him where he is today, and finding these new dreams as he moves forward.

“UWG's faculty is the best thing about the university, especially in the theatrical department,” Graise said. “They are not just people who teach theatre simply because they have theatre degrees. They are people who are passionate about it. Many of the faculty members actually work in the industry, some of them currently, so you get to work with people who know it and get it. If you are the type of student who is really fighting for a place in the arts community, television or even Broadway, they have the tools for you and will guide you through.”

As part of the UWG alumni community, Graise wants the current theatre students to know that there is always something to do in the realm of your goals.

“Don’t just sit stagnant,” he advised. “There is something for you.”

And as a heartfelt advocator for the disabled community—he was selected in 2015 to be a panelist in a discussion at the White House celebrating Americans with disabilities and the arts—Graise also believes in spreading a message not only to them, but also to the people without disabilities.

“I would tell them to expand their world,” he explained. “There are so many different types of people out there who are neglected and looked past. Figure out what you are doing, and how you can be inclusive with it.

“Many times, people with disabilities don’t have people in their lives to support them and push them like I did,” he shared. “They have no one to tell them that they’re worth it and can accomplish just about anything as long as they’re striving for excellence. Anyone can put on a dance show—it’s about learning yourself and the artwork.”

Along with being a strong supporter of the disabled community, he is also a part of the African American, Native American, LGBT and vegetarian communities. When people hear his name, he simply wants them to think that he does excellent work, Graise said. He wants people to see him for his work and nothing else. Through that, he has high hopes that they’re eyes open to other groups. 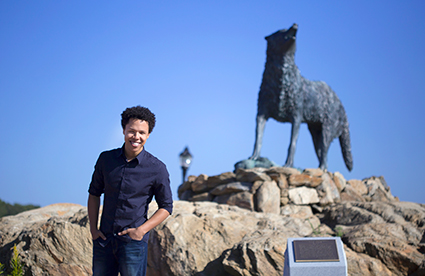 With his new journey as King in Step Up: High Water, he will have many eyes on him. As an admirer of all things theatre, he is overjoyed and nervous at the same time.

“I’m not going to lie, it’s quite terrifying,” Graise stated. “I’ve always had goals in life—to be successful and have my hand in everything. I really want to make a name for myself and for my family. I know that it may be tough to branch into this new industry and learn how to handle people knowing who I am and being seen by so many people. Even though it is happening suddenly now, with my goals, it would have had to happen eventually. I’m ready to dive into the deep end of the pool.”